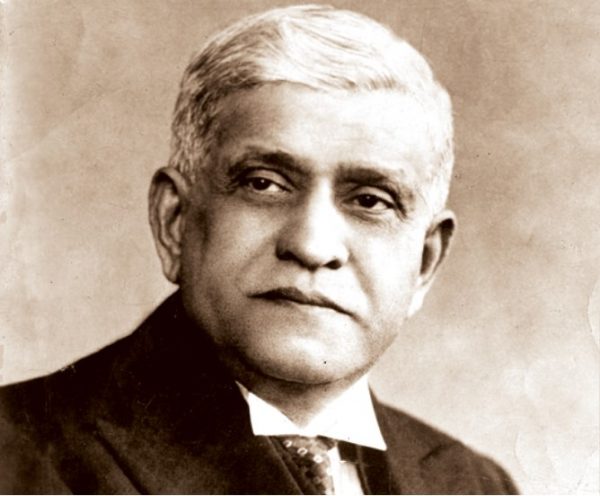 Daniel Jayatilaka was a contractor in the construction of roads and a founder member of the Vidyalankara Pirivena in Kelaniya.

Initial education was at Vidyalankara Pirivena where he learnt Sinhalese, Pali, Sanscrit and Buddhist Literature under the patronage of scholars such as Ven. Rathmalane Sri Dharmaloka and Ven. Rathmalane Sri Dharmarama. Elementary education in the English medium was commenced at a Baptist school in Kelaniya. Secondary education was received at Wesley Collage Colombo. His siblings were Muhandiram Don Simon Jayatilaka and Mudliyar Don Abraham Jayatilaka.

Sir. D.B was a scholar of high intellect who revised Buddhist literature in Sinhala, Pali, Sanskrit and English, also revised Sinhala literature (which had declined under colonial rule), the Founding Chief Editor of the monolingual etymological Sinhala dictionary, an influencer for the publishing of the Dinamina Newspaper of Lake House Publications, a great Buddhist leader, founder and first President of the YMBA (which position was held for 46 years until his death), President of the All Ceylon Buddhist Congress, President of the Vidyalankara Sabha, initiated Dhamma Schools (“Daham Pasal”), President of the Royal Asiatic Society of Ceylon, a leading personality of the Temperance Movement, first Buddhist Sinhala Principal of Ananda College Colombo also was the first OBA President of the Collage, founder Principal of Dharmarajah College Kandy and first Manager of Visaka Vidyalaya Colombo, commenced and managed several Buddhist schools, held position of General Manager and Secretary of the Buddhist Theosophical Society, a co-founder of Sri Dharmaloka Maha Vidyalaya, Kelaniya now one of the most reputed National School in the Gampaha District in his village at Waragoda, Kelaniya.

Sir D.B. Jayatilaka was a Barrister qualified with a BA and MA from the University of Calcutta and University of Oxford respectively, an advocate of the Supreme Court of Ceylon, a very well-respected diplomat who was the representative for Ceylon in India and represented Ceylon in many International conferences.

Being an activist in the Temperance movement because of the love he had for Buddhism and the people of the nation, Sir. D.B. too was one of the leaders who was victimized and imprisoned through Martial law with false allegation by the British colonial ruling in 1915. He was a well-respected personality in the country by both the eminent and the common public, therefore was instrumental in the revival and upgrading of the religious, national and cultural values of the nation that had deteriorated due to colonial ruling. Sir D.B. had close relationships with intellectual and eminent personnel such as Ven. Rathmalane Sri Dharmaloka, Ven. Hikkaduwe Sri Sumangala, Ven. Migettuwaththe Gunananda, Ven. Rathmalane Sri Dharmarama, Anagarika Dharmapala, Connell Henry Steel Olcott, F.R. Senanayaka, Pandith Batuwanthudawa, Walasinghe Harischandra, Sir James Peiris, Sir Ponnambalam Arunachalam, Sir Ponnambalam Ramanadhan, D.S. Senanayaka, S.W.R.D Bandaranayaka, C.W.W. Kannangara, E.W. Perera and T.B. Jayah. He also understood the pulse of the common man and was a noble personality who spent time with the general public.

Sir D.B. was an outstanding politician and statesman who towered above his contemporaries. He was a freedom fighter, patriot and leader of the Independence movement of Ceylon. He was appointed as President of the Ceylon National Congress in 1923 and was elected to the Legislative Council of Ceylon from the Colombo District, holding the position of Vice President which was the highest position a Ceylonese could hold (British Governor was the President)

Constitutional reforms of the Donoughmore Commission led to universal franchise. Sir D.B. was elected to the newly formed State Council of Ceylon from the Kelaniya electorate and became Leader of the House and Minister of Home Affairs in 1931.

It must be emphasized that he was the first elected leader of Ceylon / Sri Lanka through the voting rights of the people of our country and was the Leader of the House in the State Council – a position equivalent to that of Prime Minister. This is a fact that has not been appreciated adequately.

Being a remarkable administrator with good governance, immense popularity among all Nationalities and the towering personality led to Sir D.B being re-elected uncontested to represent Kelaniya electorate in 1936 and continue as the undisputed leader of the State Council of Ceylon.

Sir D.B. was the first Ceylonese to prepare the Budget speech for Ceylon as the Minister of Home Affairs. He not only performed exceptionally in the portfolio of Ministry of Home Affairs but also under his administration as the leader of the State council he extended his fullest support to the other Ministers especially in the areas of Agriculture, Education and Health to serve the masses of Ceylon.

Sir D.B. was the Buddhist and State leader who was instrumental in the renovations of the “Ruwanweli Maha Seaya” and was the state leader at the Pinnacle laying ceremony of the Stupa in 1941.

Rightfully and most deservingly Sir D.B. was conferred Knighthood from the King of the United Kingdom and Colonies, for the services rendered to Ceylon.

This great man was the “Guru” of most pre and post-independence leaders of our country including some leaders who later became Prime Ministers of Independent Ceylon.

He not only sacrificed his personal wealth to fund the Independence movement but also donated most of his assets to the state. The Public Trustee Offices at Bauddhaloka Mawatha, Colombo 07 named Thurban House – a palatial building which was his own house was gifted to the state.

The Sir D.B. Jayatilaka Trust presently is the richest State owned trust managed by the Public Trustee Department, comprising of a range of revenue generating assets which makes contributions to numerous educational charitable and social institutions.

The Second World War in the early 1940s created a food shortage threatening starvation in the country. The British Colonial administration and the then Ministers of Agriculture, Trade and Commerce with officials were unsuccessful in negotiations with the Government of India as India too were suffering similar shortages.

Sir D.B. being the first and only Ceylonese to be the President of the Indian Students’ Association in University of Oxford and later having closely associated with the Indian National Congress leaders during their Independence struggle, had developed personal friendships with the Indian leaders. The British Governor made a desperate request to Sir D.B. who went to India and requested food aid. As a result of the respect and tremendous regard that the Indian Leaders had for Sir D.B. food aid was provided to Ceylon.

This very success ironically proved to be detrimental to Sir D.B. as the British Governor felt that his continued assistance was required to obtain food aid from the neighboring country India, with dangers lurking in the high seas from enemy naval ships to cargo vessels.

Sir D.B. hence sacrificed the highest office position that he held at the State Council in 1942 to comply with the request of the Governor and undertook to function as the Representative (High Commissioner) of the Government of Ceylon in India.

Position of Leader of the House in the State Council was then filled by Mr. D. S. Senanayake whom the vast majority in the country regarded as being his deputy and who later became the first Prime Minister of Ceylon.

Sir D.B. fell ill in 1944 whilst in India and decided to obtain medical treatment in his motherland, in stark contrast to the high and mighty of today. However he passed away in the special aircraft allocated by the viceroy of India on May 29, 1944. The last words uttered were “Are we in Ceylon” and breathed his last whilst the plane was over Indian territory.

Don Baron Jayatilaka the great Philosopher was spoken of as “Our Uncrowned King” by the Ceylonese of all walks of life. The highest respect was paid to Sir. D.B. by the State of Ceylon with an Official State Funeral attended by a large number of people from all parts of the country. Sir Baron was the first Ceylonese to be bestowed a State funeral under colonial ruling in Ceylon.

Sir D.B. was an outstanding figure in the Independence movement of Ceylon. He, being appointed the leader of the Ceylon National Congress in 1923, the Ceylonese’s freedom fight was entrusted in the hands of the most capable and intellectually profound personality. This assigned task was navigated under his gallant leadership. Ceylon gained universal franchise in 1931 under the Donoughmore Constitution even before India. This was one of many significant achievements steered by Sir Baron Jayatilaka which paved the way for Ceylon to gain Independence in 1948. His unfortunate demise in 1944 didn’t allow him to witness an Independent Ceylon. However, it must be emphasized that the hard work in gaining Independence which was entrusted to Sir. D.B was delivered and the platform was laid with a solid foundation for his successors to complete the task. The cake was baked under the leadership of Sir D.B. Jayatilaka, icing on the cake was by his successors…

I conclude this article with a verse written by the famous Tibetan Monk – Ven. S. Mahinda following Sir. D.B’s death under the heading “Lak Mawa Valapey” – Weepings of Mother Lanka

“Your kind and pleasant smile made flowers bloom
Wisdom and thoughtfulness,
Serenity, blessed bearing,
My son alas, I lost forever.”