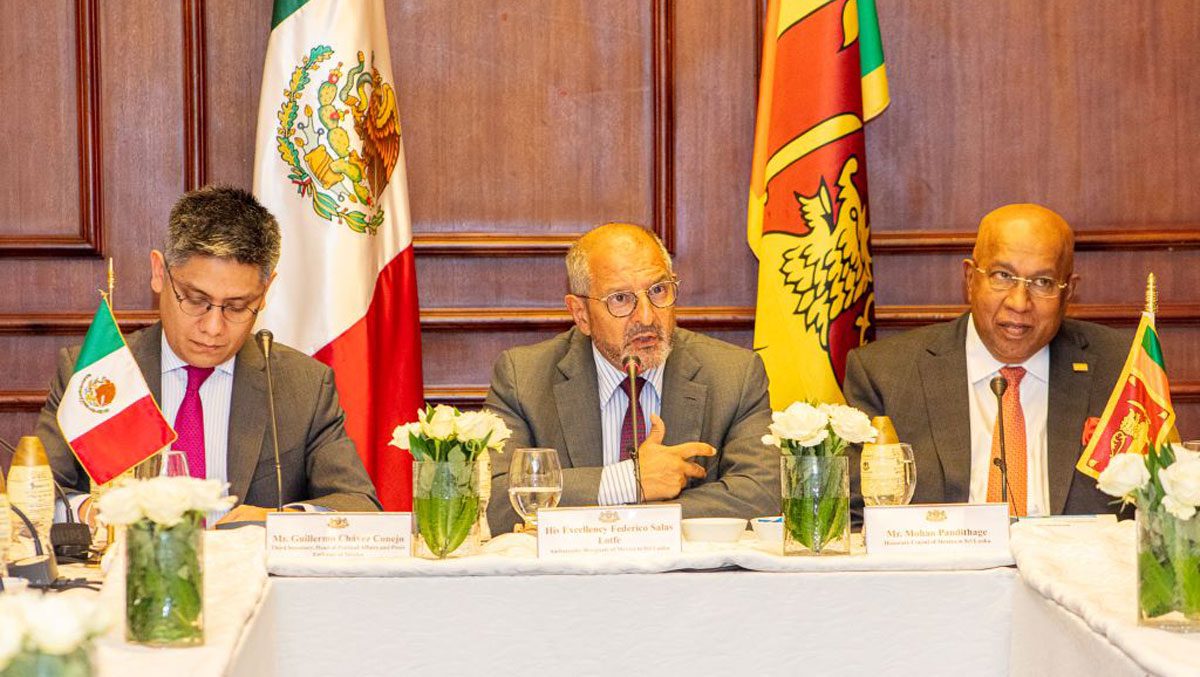 
ECONOMYNEXT – Sri Lanka has potential to boost tourism and trade with Mexico, with exports from the island outweighing imports by a big margin, newly appointed Ambassador Federico Salas said.

Sri Lanka had exported 220 million dollars of goods to Mexico in 2021 up 53 percent, while importing only 13 million mainly medical instruments.

Ambassador Salas had met Ceylon Chamber Chamber of Commerce and members of the business community.

A two-way exchange of trade delegations and close engagement of trade chambers of the two countries were planned.

Sri Lanka’s top export to Mexico was cinnamon. In 2021, cinnamon exports were 112 million dollars and it was an ingredient in the internationally popular Mexican food.

Ambassador Salas planned to have a food promotion in Colombo, with the help of Mohan Pandithage the Honorary Consul of Mexico in Colombo and also work with University Grants Commission in giving scholarships for Sri Lankan students to study in his country.

There was also potential to grow tourism.

Ambassador Salas who is based in Delhi, got many inquiries about visiting Sri Lanka. During the Covid pandemic about 80 to 90 Mexicans were in Sri Lanka who needed help getting back home, he said.

Mexico also had over two dozen World Heritage sites dating back to the Aztec and Mayan civilizations as well as Spanish colonial sites. Mexican food itself was an intangible UNESCO designated world heritage. (Colombo/Nov12/2022)