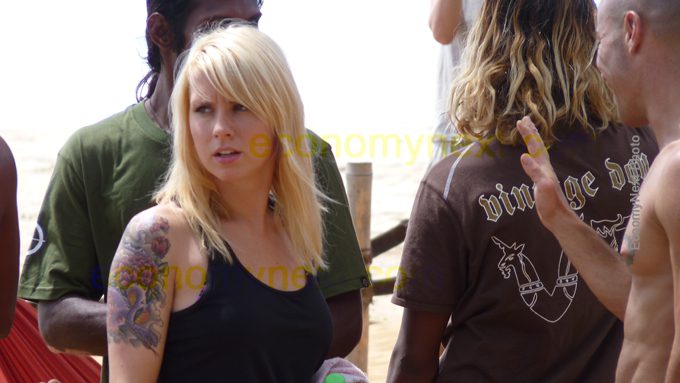 The move is likely to slow the island nation’s recovery from the unprecedented economic crisis as it is unlikely to achieve its expected revised down tourism revenue target of $1.5 billion.

The number of arrivals suffered in September and fell to as low as 29,000, its lowest in 11 months. The tourism authorities have cited “bad publicity” about Sri Lanka in the international media including global reportage of fuel and food scarcity as the key reason for the drop.

Monthly arrivals to the Indian Ocean island nation plummeted in September to around 29,000 from as high as 106,000 in March this year mainly due to the economic crisis which later turned into a political crisis and forced then president, prime minister and the government to resign amid public protests.

In October, however, the arrivals rebound by 41 percent from the previous month to 42,000.

The industry was hopeful of cashing in on winter holiday makers during the three months from November and marketing the country as an economical holiday destination amid growing commodity prices in the West after the Ukraine war.

The plan was to attract long-haul travelers with sharp depreciation of the rupee causing foreigners to spend more.

However, a growing crisis globally will pinch on the island’s tourism sector despite the vigorous efforts the industry has taken to come out of the economic and political crisis this year, industry analysts say.

The tourism authorities’ attempts to promote Sri Lanka among foreigners including in India, Europe, and the United States have yet to see some significant returns.

“Sri Lanka had the Russian airlines issues, the protests in the country and the travel advisory placed on it. But it has fought against all that,” Priyantha Fernando, Chairman of Sri Lanka Tourism Development Authority told EconomyNext, referring to Russian Aeroflot’s decision to suspend Sri Lankan operation over a legal battle.

“However we cannot do anything about the external issues. There are long queues forming in European
and Western countries too,” he said referring to gas and fuel queues.

“Those factors cannot be controlled.”

Global tourism industry has grown by 60 percent in the first seven months of this year compared to the previous year, according to a recently published United Nations World Tourism Organization (UNWTO) report.

However, it is only “cautiously optimistic” as the global economic environment still has not recovered.

The UNWTO cautions that the combination of tightening monetary policies in all major economies to curb rising inflation, increasing energy and food prices, and the growing prospects of a global recession as indicated by the World Bank, are major threats to the recovery of international tourism through the remainder of 2022 and 2023.”

“The uncertain economic environment seems to have nonetheless reversed prospects for a return to
pre-pandemic levels in the near term,” UNWTO said.

“Rising inflation and the spike in oil prices results in higher transport and accommodation costs, while
putting consumer purchasing power and savings under pressure.”

Locally, Sri Lanka is threatened by reemerging protests against increasing taxes, and long delayed reforms, which have become mandatory for an International Monetary Fund (IMF) loan to move away from economic crisis. The IMF backing is now seen as a must for other countries and multilateral creditors to support the island nation to face the economic crisis.

The government has aimed at a revised down $1.8 billion foreign inflow from tourism this year in October after aiming at $2.5 billion in March. However, industry officials now say, they can only reach less than $1,5 billion revenue in 2022.

After Russia recommenced flights to Sri Lanka in October, four months after suspending the operations following a legal spat, Russian tourist numbers have started to rise compared to the previous months.

Many airlines have now resumed flights to Sri Lanka including Russia-based Aeroflot and AZUR as well as Air France in the last one month.

“There’s a slight pick up (hotel booking) with some Indian traffic and Sri Lankan expatriates at the moment. But we believe the actual pick up will start from January next year,” Sanath Ukwatte, immediate-past President of the Hotels Association of Sri Lanka.

However, industry experts say Indian tourists usually do not spend much like European tourists, which is the island nation’s key market.

Russia and its neighborhood countries show better arrivals, but they mainly go to resorts, instead of city hotels where the bulk of hotel rooms are available.

“Hotel bookings are averaging around 30% and we hope it to increase to about 40% by December, it is still way below our pre-covid levels,” Ukwatte said. (Colombo/Nov04/2022)