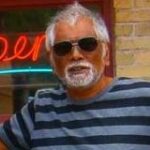 Shelton (Shelly) Gunewardena, was born in Colombo. He was the third son of postmaster and telecommunications engineer M.M.P Gunewardena and Josephine. He qualified through City and Guilds of London Institute, Radio Technology accreditation levels I through V, a pioneer in electronics engineering and an inventor, Shelly began his career as a radio technician. He designed and built the Voice of America Radio Station in Ekala, and subsequently joined CISIR (Ceylon Institute for Scientific and Industrial Research). He worked on numerous research and development projects at CISIR before emigrating to the United States in 1967.  In 1977 he developed and patented the Miniature Chip Inductor which was a ground-breaking technology that paved the way to modern day cell phones. In 1990, he and his son Rohan, founded Mil-Spec Magnetics, Inc. in Pomona, Ca., a Military Aerospace Magnetics company designing and manufacturing Transformers, Inductors and Solenoid Coils for US Government subcontractors such as Boeing, Honeywell, Raytheon, and Sandia National Laboratories.  A keen enthusiast of exotic motor cars, stereophonics, and Japanese landscaping, Shelly was also a founding member of the Sri Lanka America Association of Southern California and an anonymous supporter of many charitable organizations. Shelly passed away in Walnut, Ca. on February 8, 2022 (See the obituary column below)