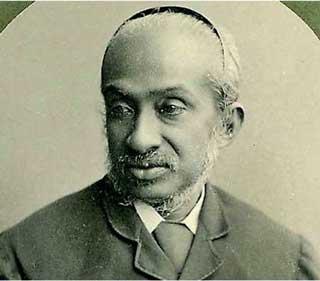 This year March 3 marks the 186th birth anniversary of the late Charles Henry de Soysa. He is a legendary figure in Sri Lanka. It is an important date for the descendants of the late Charles Henry and others who benefitted through his extraordinary largesse to our nation. Through time immemorial legends about him woven through the passage of time have been related within the family. His generosity was mainly towards health, education and agriculture which show his amazing vision which reached far beyond his time. These are unquestionably, the most important fields to focus on. As his descendants and others, who respect and revere his memory pay homage to him at his statue which stands tall at De Soysa Circus, its time too to reflect on all he was and did. Charles’s father Jeronis started as a businessman and developed into a leading business magnate; who was abstemious, thus able to amass a considerable fortune which was more than trebled by Charles Henry who possessed remarkable business acumen. Charles Henry started at St Thomas College when it began at Mutwal.

His benefactions are many and varied, but the crown of all these are widely considered to be the donation of the land and building erected for the De Soysa Hospital, which has been of immense benefit to several millions of mothers for more than a hundred years. This generous act shows the amazing foresight of the late Charles Henry for a great need at that particular moment in time. His other benefaction of paramount importance as it concerns youth and education was the vast acreage donated by him for the erection of the necessary buildings, playing fields etc for Prince and Princess of Wales Colleges, whose students have adorned the corridors of power in Church, State , Universities, as Captains of Industry and entrepreneurs. His objective was to ensure that the youth of his home town, Moratuwa, would have an education second to none in this country. The greatest tributes to him even today are by students past and present of these two schools who spare neither time or expense in paying tribute to his memory, remembering him with great appreciation and respect. He was an Anglican, but he gave most generously to other religions too. He built churches, temples and kovils and was known to be a just and kind employer who helped the underprivileged, the differently abled, the blind and the deaf. He provided dowries to those who couldn’t afford to do so for their daughters, land to the landless who were far away from his home town, gave a vast acreage to the British Government for a model Farm in Colombo, which now houses the Golf Club and many palatial residences. He donated funds to hospitals in the UK including the Great Ormond Street Hospital for children. My father was surprised to find his grandfather’s name on a panel stating this when he interned there, He was also bestowed a singular honour of being elected an honorary member of the Atheneum, which is said to be the oldest and most prestigious club in London to which few Asians were admitted at that time. His generosity to his fellow human beings and the nation covered all the primary needs of man from the cradle to the grave. Besides the De Soysa hospital for women, he built other hospitals in other places in Sri Lanka, provided amenities for the study of medicine, roads, bridges, rest houses, tanks, irrigation, endowment to public institutions. It could well be said of him that seldom in the annals of philanthropy have so much been owed by so many to one single man. He obviously believed in the principle that it is more blessed to give than to receive. He established a co=operative Society for the Carpenters of Moratuwa, was the Founder of the Ceylon Agricultural Association and the first Ceylonese Banker.

His generosity was mainly towards health, education and agriculture which show his amazing vision which reached far beyond his time

As his great granddaughter I say a silent prayer of thanks as I pass his statue at De Soysa Circus for his soul. All his descendants owe him a lot for what we are and I’m proud that his blood flows in mine and that of my children. I end with the words my father, his grandson, the late Professor C.C. de Silva wrote in ‘The De Soysa Saga, ‘It is a privilege bestowed on few of us to be remembered, wept, honoured and sung for 100 years or more after our deaths. So I believe we are a grateful and cultured nation and the name of De Soysa will flourish and be honoured in this land for a long time to come.’