Artist In Exile: Aubrey Collette -Forced to leave Ceylon in 1961 due to increasing hostility towards his political cartoons
Advertisement


Cresside Collette grew up in Australia, far removed from the world of her father, Aubrey Collette, a renowned Ceylonese political cartoonist and artist, who was a founding member of the country’s ’43 Group. Forced to leave Ceylon in 1961 due to increasing hostility towards his political cartoons, Collette lived the rest of his life in Australia, where he died in 1992. Despite an impressive career, the exile from Sri Lanka left Collette “heartbroken”. The talent, learned artistry and political voice of his cartoons captured a pivotal moment in the country’s early history — and nobody knows how much more he would have added to his legacy, if he didn’t have to leave when he did. 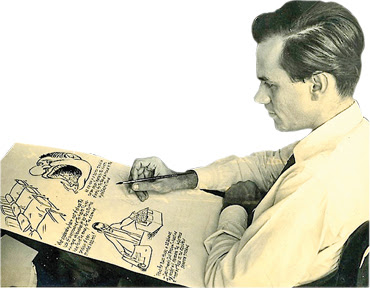 Cartoonist and art teacher,  Aubrey Collete was born in Colombo, Ceylon (Sri Lanka). He worked as an art teacher at the Royal College, then as a political cartoonist on the Ceylon Times and Observer for fifteen years before coming to Australia in 1961. He drew illustrations for the Victorian Education Department for three years, then became a political cartoonist on the Australian , including cartoons about Aboriginal rights in 1965 (ill. King, 176-8, 186, 214 et al.); original Collette cartoon c.1966 is in ML PXD764. In 1970 he won the Walkley Award for best cartoonist of the year.

He joined the Melbourne Herald in 1971, e.g. ‘Working Wives’ 15 July 1974 (included by Christine Dixon, original NLA?). His cartoons also appeared in the New York Times , the Saturday Evening Times and the Sydney Bulletin , e.g. painter standing on canvas spilling paint to viewer inspecting photo of Spoerri-type painting on wall: “Yes, it’s not bad, considering that at that time they were still using brushes” 1964 (ill. Rolfe, 307). Honorary member of the Cartoonists’ Society of America. His son is now general manager of Opera Australia .

Collette passed away in  .1983 in Melbourne.

Among that collection of amazing and individual talent that made up the ’43 Group, still regarded with something akin to awe, was one whose skills were different. True he was a painter, like the rest but it was for his incisive satirical cartoons that Aubrey Collette was famous. There were few political figures who escaped Collette’s pen and Prime Ministers and ordinary people all, they valued his wit and humour, scathing though it may have been.

Collette left Ceylon as the country was then known in 1961, never to return, moving to England, and then settling permanently in Australia. His daughter Cresside left to Australia, a year later, a child of 11, yet old enough to retain many impressions of the land of her birth. She visited briefly in between, but it was all of 30 years before she returned last year at the invitation of the Lanka Decorative Arts Society for a three-day workshop with other foreign and local experts, sharing her knowledge in her own chosen field…..tapestry weaving. 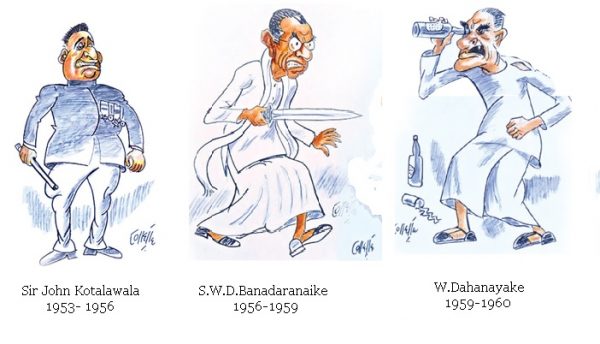 It is an uncommon calling, both here and in Australia. Tapestry, she describes as a woven work of art and whether she is creating large classical figures or intricate landscapes, the singular skill this art form demands is formidable. She has held numerous exhibitions, solo and group shows in Melbourne, Adelaide and Nottingham, UK and been commissioned to create works for the city of Stonnington in Melbourne and the Royal Melbourne Institute of Technology (RMIT) Gallery among others. This time she is on a more relaxed visit, having come to deliver the Art, Artist and Artisans inaugural lecture of the Lanka Decorative Arts Society at the American Center on September 20. 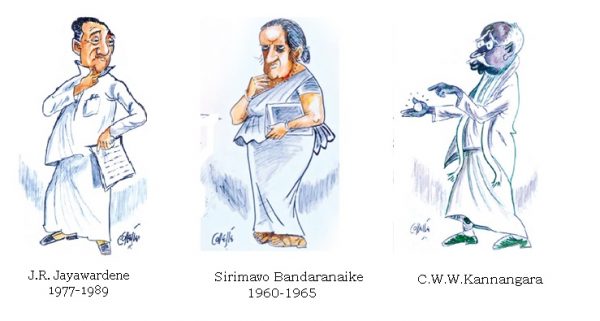 Visits here can never be mere holiday experiences, given that the past comes flooding back at every turn. “I didn’t realize till I came back that my father was still a household name. But then again he spoke to people every single day of their lives through his work, so why wouldn’t he be -he had a way into people’s lives and homes that most artists don’t have,” she reflects. Everywhere she goes, she meets people who have memories of him and his work.

A chance visit to the home of a friend of her old schoolmate Druki Martenstyn turns up an even earlier connection. Introduced as Aubrey Collette’s daughter, her hostess promptly points her to a portrait hanging behind them signed by A. J. Collette- her grandfather Jocelyn in 1902. He was an artist and photographer and died quite young, she recalls, and it was her grandmother who brought up the four boys, Aubrey being the youngest.

Aubrey taught art initially but it was as a cartoonist that he excelled, achieving fame during those pre- and post Independence days, his Citizen Perera cartoons and biting political sketches appearing in the Times of Ceylon and Lake House newspapers and frequently drawing the ire of officialdom. Yet his daughter’s memories are of a gentle, easy-going father; albeit a very perceptive man who had this wry, incisive take on people. 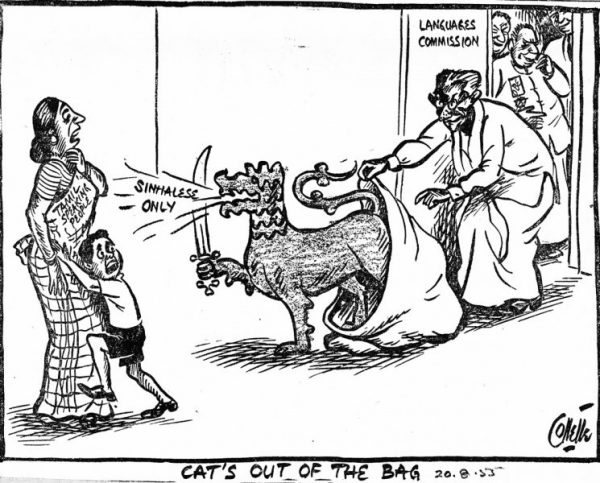 He could see the humour in everyday situations. Even though Aubrey and his wife Joan were estranged when Cresside was just five, her childhood is full of happy remembrances; of her father taking herself and Druki to the sea; one instance where they were crossing the railway line at Wellawatte and marooned for a brief moment as two trains thundered past in opposite directions, her father holding the two children tightly by the hand; carefree holidays at Druki’s family bungalow, Hill Cottage in Nuwara Eliya; of him visiting on Saturdays and bearing them off to museums and art galleries. But as the political climate changed, her father was forced to leave “under duress” in 1961, says Cresside. Cresside’s mother Joan, a journalist at Lake House, where she was editor of the women’s pages at the Ceylon Daily News, had branched out into a successful career in advertising, her talents picked up by legendary ad man Reggie Candappa at Grants. She stayed in this field and was soon able to support the family after they moved to Australia – her mother, Cresside and her brother Adrian, the latter now the CEO of Opera Australia. 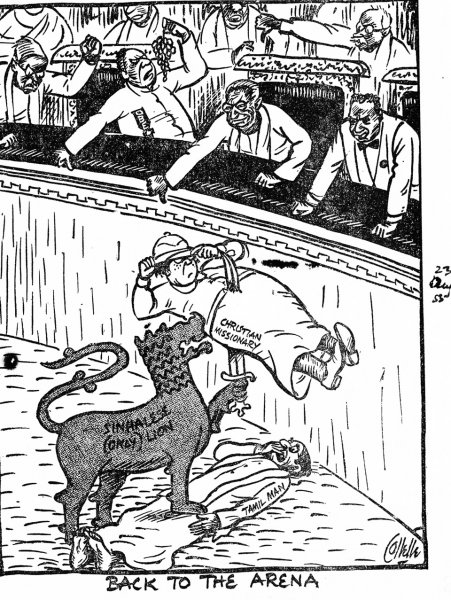 Aubrey Collette achieved recognition as a cartoonist in Australia working for The Australian and then for The Herald Sun, even winning a coveted Walkley award for excellence in journalism in Australia in 1970. Cresside recalls that even after retirement he had a stint in Singapore with the Straits Times though the lack of political activity in the well-ordered city state soon had him so bored he returned to Australia, though continuing to send them his cartoons until he was in his late 60’s.

At 61, he had been diagnosed with Adult Onset Diabetes and though always mentally very agile, the illness debilitated him physically. Aubrey Collette died in 1992 at the age of 71.. 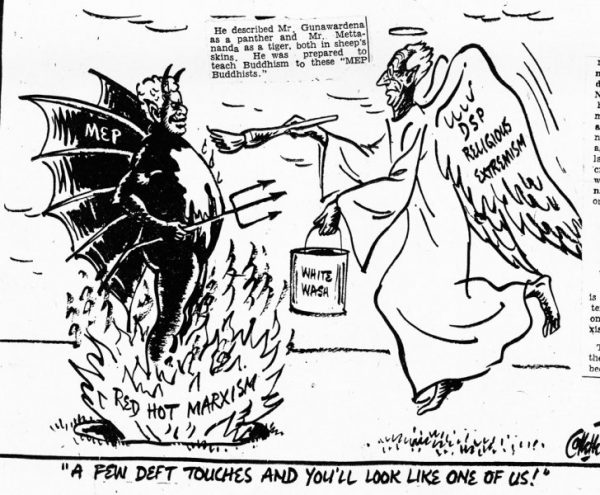 Harking back Cresside can see the picture, the artistic setting of their Layards Road home where her father had a studio at the back, and she herself was always drawing and painting. But her mother ever practical, cautioned her about the practical difficulties of making a living from art and so she went in for a graphic design course, a choice that she has no regrets about. “I’m very glad that I did do it..it gave me a lot of skills that I wouldn’t have had. I think because I grew up with my grandmother and grand aunt, who sewed, knitted and crocheted (even though I never did), I was also really fascinated with textiles.”

All through her teenage years she had been making big wall hangings with appliqué and embroidery and when she was offered an exhibition at a prestigious Melbourne art gallery, it seemed an inkling of how the path would unfold. She worked in advertising as an illustrator but an opportunity with the new Victorian Tapestry Workshop beckoned, a place where Australian painters could have their work translated into tapestry. 150 applied, 12 were selected. After training, five were offered jobs at the Tapestry Workshop. Cresside was among the chosen and coming under the guidance of Scotsman Archie Brennan, who advised that they be artists in their own right and have a dialogue with the artist whose work they were interpreting, Cresside knew she had found her calling.

She spent 15 years there, while also furthering her studies in tapestry at the Edinburgh College of Art and completing her Master’s at Monash University. Some years later she was offered a residency at Bundanon, the home of famous Australian painter Arthur Boyd, and inspired by the rolling landscapes of this great outdoors created tapestries én plein air’, a greater challenge than faced by artists who choose this form, trying to capture the light and shade directly onto the warp even as it changed subtly throughout the day. The exhibition she held of her work, stunning pastels and charcoals and woven tapestries was called ‘A Month at Bundanon’.

She has already begun gathering the threads, speaking to her Uncle Lyn, her father’s elder brother now in his mid-90’s, his second wife Pauline who has a couple of his paintings, also Richard Gabriel, the only surviving member of ’43 Group.But her work is still ongoing and within her, there is a deep feeling that she needs to document her father’s work before it is lost.

Her hope is that here, in the land where her father made his name, there will be those who remember Aubrey Collette and his work and would be willing to share them with her so that there is a record for posterity of one of the country’s cartoon greats.