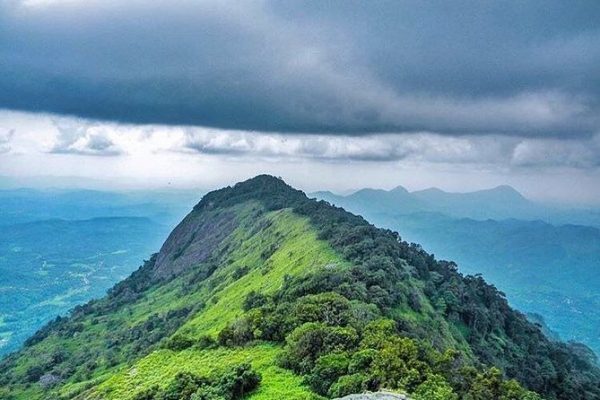 Situated at the boundaries of Central and Sabaragamuwa Provinces of Sri Lanka, Alagalla Mountain Range or “Potato Range”, the potato-shaped rock with its nickname “Potato Mountain” which offers spectacular vistas has served as a natural defense location from 1505 – 1815 against the Portuguese, Dutch and English invasions aimed at the Kandyan Kingdom. According to legends, during foreign invasions, people living in Kandy and environs had been hiding among the cliffs that border Hatharaliyadda and Thumpane (villagers situated in close proximity to the Mountain) and retaliated against the Portuguese, Dutch and British.

The majority of battles against foreign invasions aimed at the Kandyan Kingdom by western nations during the period of their rule of maritime provinces of Sri Lanka had occurred at Alagalla Mountain, at Balana (View Point) situated between *Kadugannawa Pass and Potato Range during the rule of the Kandyan Kingdom.

At present too, there are mobile stalls on the footpath leading to the Mountain on the Independence Day as there are large number of people trekking the Mountain.

Alagalla Mountain can be seen after passing Rambukkana Railway Station on the upcountry railway line, a breathtaking site…

There are four mountains in this range. The first mountain is known as Alagalla Mountain. Locals call one peak of the mountain as “Pooja Gala”.

Trains on the upcountry railway line travel through a tunnel dug through Alagalla Mountain.

According to locals, Ihala Kotte Railway Station (a station on Colombo – Kandy railway line) had been originally known as “Alagalla Railway Station”. 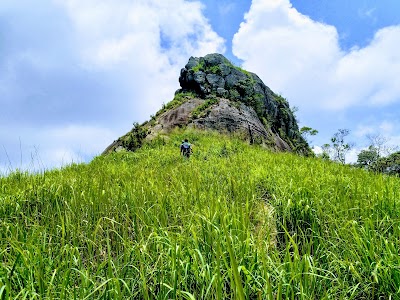 The summit of the Mountain offers breathtaking vistas of the mountains in Kandy, tiny hamlets situated in valleys below as well as the landscapes of the *Sabaragamuwa Province.

Alagalla Mountain can also be seen from Mawanella (a scenic town situated between Kegalle and Kadugannawa along Colombo-Kandy Road in Kegalle District in the Sabaragamuwa Province of Sri Lanka).

Directions: There are many trails to reach the Mountain. One such trail is near the Alagalla Tea Factory on Kadugannawa – Pottapitiya road which can be trekked by those traveling by road. The other route is from Ihala Kotte Railway Station on Colombo – Kandy railway line (up country railway line), the route that can be trekked by those traveling by train. Get off at the Ihala Kotte Railway Station and travel on the road near the Alagalla Tea Factory. After proceeding around three kilometers along that road, the Alagalla Tea Factory can be seen. From there, the summit of the mountain can be reached by taking the narrow road and entering the forest.

A Kelly Klaasic – Pinchitos Caliente , Back In Your Arms Again – by Des Kelly