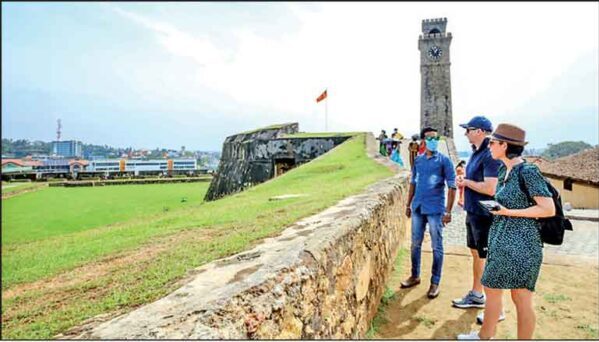 
The Ministry of Urban Development and Housing has carried out renovations in Galle Fort on the instruction of Prime Minister Mahinda Rajapaksa who is the minister in charge of the subject.

The Urban Development Authority which carried out the renovations have done so in a manner that would preserve the antiquities and heritage of Galle Fort. This was done with the assistance of the Department of Archaeology and the Galle Heritage Foundation.

This is the first time in 433 years since the creation of Galle Fort that the present Government has embarked on such a comprehensive renovation program. It is reported that only a minor overhaul has been done on one previous occasion.

All of these replicas are weapons from the ancient Portuguese, Dutch, and British eras. ‘Fibre Resin’ to make replicas of those weapons and raw materials such as dolomite have been used according to specific compounds.

The Galle Fort grounds have been newly constructed and rehabilitated with a walking path while 40,000 square metres of land has been beautified while a major landscaping project was carried out.

To Seeya with our love-by Himali Jayatilake