"THE LAND DOWN UNDER" – by Des Kelly
Advertisement

It does happen to be the Country that most Sri Lankans migrated to, when things began to get tough in our Motherland. Australia thus became our Stepmother Country, this vast brown Continent, our move from a tiny Island that many did NOT want to leave, but had to, because of circumstances that began in Ceylon of the early 1950’s, circumstances that seemed to get more difficult with each passing year.Of course, I cannot speak for any other migrants, but I migrated to Melbourne with a very young family, only to make certain that my children would not be discriminated against, because of our Burgher ancestry. We decided on Australia because I already had some Uncles, Aunts, & Cousins who were resident here, and couldn’t praise this Country enough, even though those who did come here initially found that life was not easy at all, to begin with, but carried on regardless and most succeeded in their new Country. Although Australia is so huge, this is a really beautiful Country, and Keith Bennet has sent in this fascinating list on things that many of us were unaware of, so thank you for this, Keith. e’Lanka really appreciates information that is both interesting and amazing. Enough said, so let’s go.

Check out these fun and interesting facts about Australia. How many did you know? 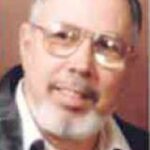