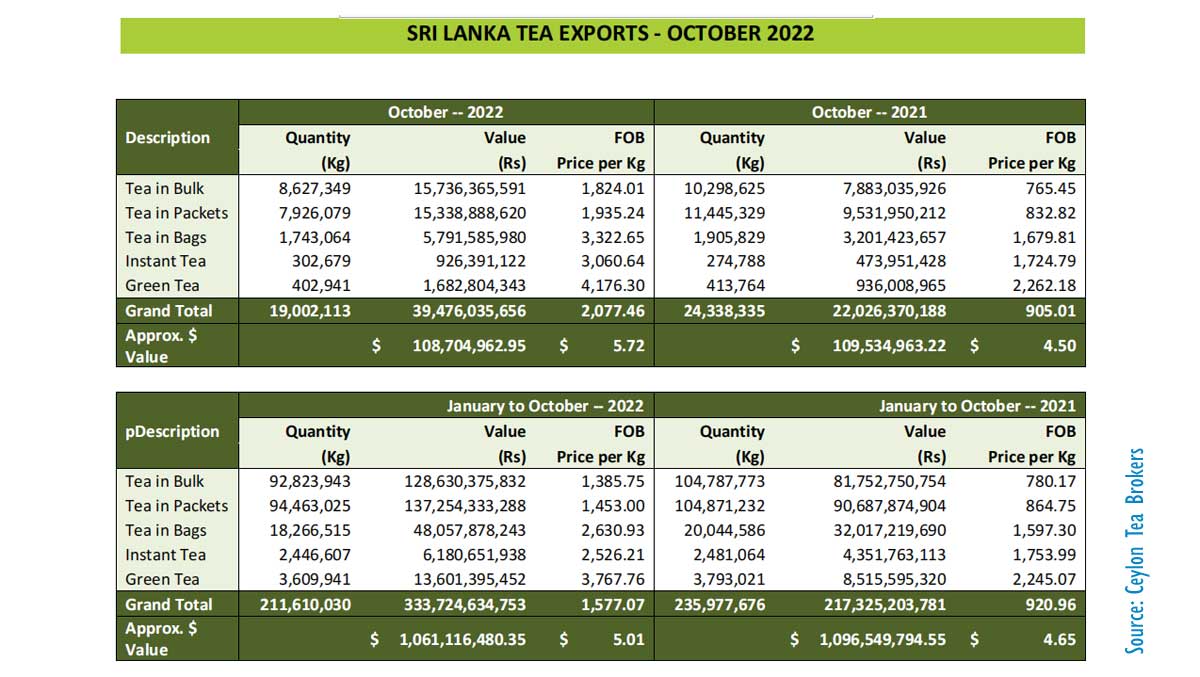 Up to October 211 million were exported down 24.3 million kilograms or 10.3 percent from a year earlier.

The average free on board (FOB) export price in October rose to 5.72 US dollars a kilo, the highest ever up from 4.5 US dollars last year, Ceylon Tea Brokers, a Colombo-based brokerage said.

In rupee terms a kilogram of Ceylon Tea hit 2,077.46 rupees with the rupee falling to 360 to the US dollar from 200 after Sri Lanka’s central bank printed money for two years and botched a float attempt with a surrender rule, sending the currency plunging.

World commodity prices soared in US dollar terms as its value declined due to money printing.

However, the US Fed is raising interest rates and commodity prices are gradually expected to come down.

Bulk tea export in October was 8.6 million Kilograms down by 16.2 percent. In the first 10 months’ bulk tea exports were 92.8 million kilograms

Tea in bags dropped by 8.5 percent to 1.7 million kilograms.

Iraq was the top buyer up to October, taking 38.4 million kilograms.

Russia has secured the second position with a total of 20.6 million kilograms, which is a 2.03 percent decrease against total imports recorded for January-October 2021.

UAE sits in 3rd place with a total of 18.3 million kilograms followed by Türkiye, Iran and Libya during the period January-October 2022.