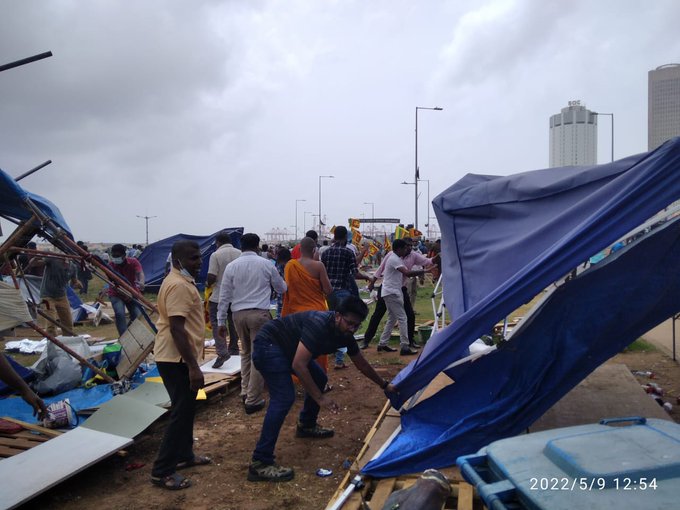 Supporters of Prime Minister Rajapaksa swarmed to the main protest site against the government after leaving his official residence nearby.

Rajapaksa who is under pressure to resign said he was ready to make sacrifices to help the country.

Sri Lanka imposed a ‘state of emergency on Friday as thousands of trade unions launched a one-day hartal against the government, demanding they step down for their mismanagement and corruption.