Service to Mankind across the Oceans-by Michael Roberts 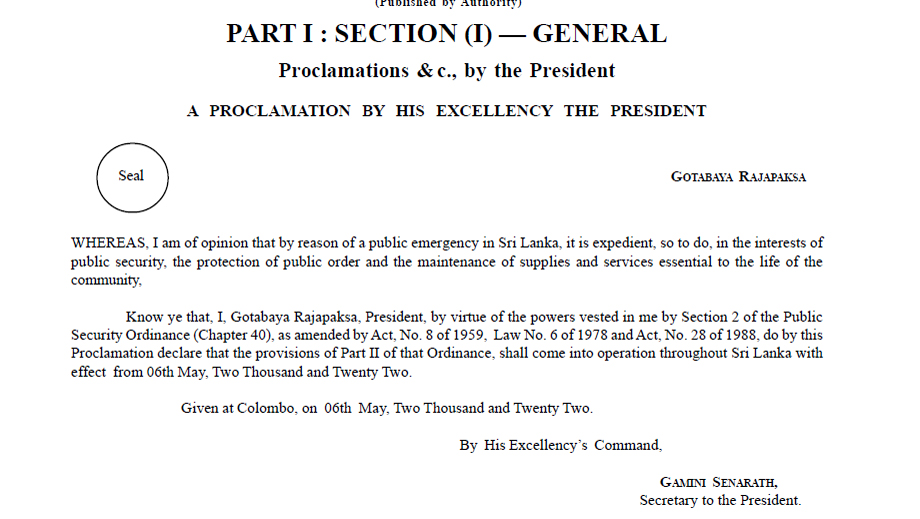 ECONOMYNEXT – Sri Lanka’s President Gotabaya Rajapaksa has declared emergency with protests intensifying calling for his resignation after two years of money printing by the central bank led to forex shortages and high inflation.

The declaration came as the country was brought to a standstill by nation-wide stroke and an emergency cabinet meeting was called Friday.

Emergency would come into effect from May 06, a notice said.

Emergency gives sweeping powers for authorities to break up protests.

Courts have refused to allow requests by Police to break up protests. Protestors have been camped in front of the President’s office for several weeks.

Meeyan Ella – spectacular waterfall with a history By Arundathie Abeysinghe

Service to Mankind across the Oceans-by Michael Roberts