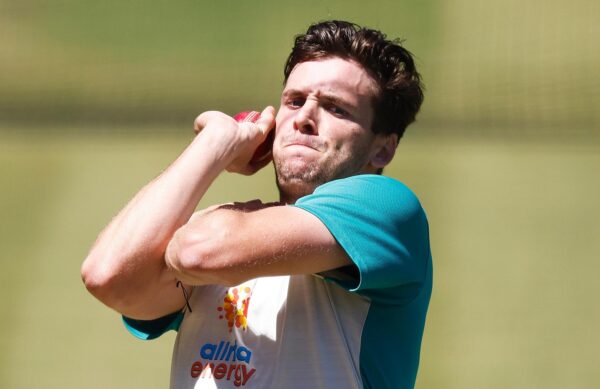 Pace ace Jhye Richardson is targeting a return to international cricket during Australia’s tour of Sri Lanka in June after being rested from the current Test series in Pakistan.

Richardson was left out of the squad for the Pakistan tour as selectors opt for a long-term approach with their young quick, and after watching the Aussies claim just four wickets in the first Test, he said he remains comfortable with the decision to skip the series.

The 25-year-old express paceman has battled a shoulder injury during his short career and more recently shin soreness that ruled him out of the Boxing Day Test after he bowled Australia to victory with 5-42 on the final day of the second Vodafone Ashes Test in Adelaide.

He returned to the field in late January, taking 2-20 in the KFC BBL final to help the Perth Scorchers secure their fourth title and then featured in the final two matches of Australia’s 4-1 Dettol T20I series win against Sri Lanka last month.

The right-armer’s break from national duties has been Western Australia’s blessing with Richardson yesterday taking 2-12 from eight overs during an exceptional display of fast bowling to help his state qualify for Friday’s Marsh One-Day Cup final with a thumping win against Victoria.

“The winter, what it looks like for me is (being) freed up for a little bit (and) making sure that I’m in the best possible space to play in Sri Lanka and then moving forward to the (T20) World Cup,” Richardson said on Wednesday after his two-year contract extension with the Scorchers was announced.

“World Cups are really, really important so making sure there’s some time at home, making sure the body is ready to go, that’s a big focus for me having (had) a couple of little niggles and hiccups throughout the Ashes summer.

“(I’m) just making sure I’m fit to go for Sri Lanka … there’s a lot of cricket to be played there, there’s a massive Australian summer coming up again so a bit of time off to make sure we’re ready to go.”

While the schedule is yet to be finalised, Australia is expected to play two Tests, five ODIs and three T20I against Sri Lanka in June and July this year.

Richardson said his shin injury – which was caused by a muscle pulling on the bone that created a little bit of stress – was “all good” and he was excited at the possibility of winning two titles with WA over the coming weeks.

“It’s taken a little bit longer than we would have liked to go away completely,” he said.

“Whilst you’re not playing a lot of cricket necessarily on the field, there’s still a lot that happens behind the scenes with training so it’ll be a good opportunity now to play these last couple of games (with WA) and then really put the feet up to get everything right, but otherwise all good.

“Whilst I am comfortable with my decision (not to go to Pakistan), I’ve still been keeping a close eye on what’s been happening in the Test … it looks pretty flat over there.

“There’s still some good cricket to be played here (with) a final coming up for WA on Friday.”

With Australia’s international summer schedule largely clashing with the Big Bash, Richardson said it was an easy decision to stay loyal to a club that he’s played at for so many years.

Despite only playing two games during this summer’s tournament, Richardson’s impact during the BBL|11 finals was telling with a combined 4-41 from 7.2 overs in the Qualifier and decider against the Sydney Sixers helping the Scorchers become the competition’s most successful club. 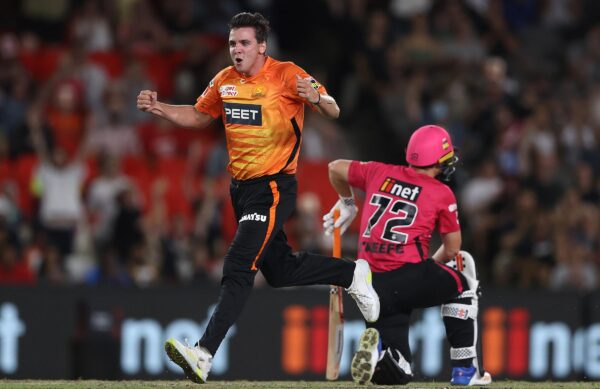 “We had a lot of conversations and they’re pretty keen to keep me there, albeit expecting there to be some international duties,” he said.

“The faith the Scorchers have shown not only in me but the whole squad is really exciting and something I’m very grateful for.

“I love playing there, I love playing in front of the home crowd and for the management to keep me there – obviously, I want to be there – but knowing that potentially there’s some international duties and I might not be there as much as I would like, the faith they’ve shown to me is really, really exciting.”

Richardson’s new two-year deal will keep him at the Perth Scorchers until at least the end of the 2023-24 season.