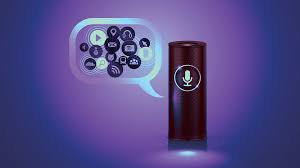 From early days of automatic processing, manual input was used by machines and internal process flows need to be supplied. Machines were less capable to learn on processing methods and on why some decisions were made during their actions. With the rise of intelligence in agents/elements used in machines for processing, machines are capable to act automatically on some or all tasks. Intelligent agents could lessen human input required by machines and process faster when used with other processes.

What are intelligent agents?

Intelligent agents are physical or virtual matter which can perceive their surroundings and act autonomously. These matter may function based on the input of a set of sensors such as heat, fire or pressure or based on an intelligent method which could function without manual input. Some agents may use a defined list of decisions to decide which action to be performed or may learn based on previous events and perform better at current actions. These agents may function as a single unit or may be a part of a set of components.

In the Artificial Intelligence: A modern approach by Russel and Norvig* intelligent agents are classified into five types. The most basic type of agent is the simple reflex agent. In this type, current perceived state is considered for functioning of the agent without considering the history of states. Therefore, these agents are rarely used in complex functionalities and may use a small set of decisions to function based on the current percept.

Model-based agents are advanced than simple reflex agents since model-based agents store state of previous perceptions. The stored state or the model can be used to understand on past actions and how the system functioned based on actions taken. Various methods can be used to store the state depending on the type of task and limitations of the agent. These agents are commonly used in systems like cooling or water pressure controls.

The final type is learning agents and these could learn based on past actions or the environment in which they act. These agents use Artificial Intelligence (AI) methods along with different techniques such as deep learning to update their model at each cycle. This type is mostly used in speech-based search and chatbots.

These agents use AI to self-learn at each action and improve the accuracy of their algorithms. They are commonly used by automated voice to search tools and tools where regular human to machine input is used. Different techniques are used in such systems like deep learning, reinforcement learning and text analysis. The learning technique used is mainly based on the type of functions served by the agent.

Agents used in AI are also called rational agents as these agents use reason of choosing a method to act upon an input. For example, agents which use deep learning attempt to improve the accuracy at each cycle by updating internal processing inputs and outputs and agents using reward-based learning use decisions to increase positive reward.  These agents also use metrics to improve their speed and precision of processing and can use methods to perform better with similar input.