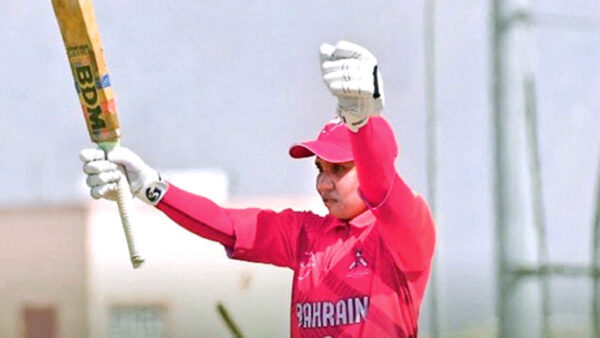 The world record for the highest individual score was broken by former Sri Lankan cricketer Deepika Rasangika. The 38-year-old batswoman who represents Bahrain scored a mammoth 161 off just 66 balls with 31 fours in the extraordinary inning in a GCC Women’s T20 Championship Cup match played at Amerat Cricket Ground, Oman last Tuesday. the record was made by Rasangika while playing for Bahrain against Saudi Arabia. The Bahrain Women’s team achieved another record, reaching the highest T20I total score in the history of women’s cricket at 318 for the loss of just one wicket in the allotted 20 overs.

Deepika figured in an unbroken second wicket partnership of 255 with Tharanga Gajanayake,the Sri Lankan presently captained the Bahrain Women team who was unbeaten on 94 scored off 56 balls (17 fours). Saudi Arabia Women could respond with only 49-8 off 20 overs to lose the

contest by a massive margin of 269 runs with Deepika showing her skill with the ball as well picking up three wickets for nine runs with her leg-spin to take the Player of the Match award.

Deepika the left hand batter and leg spinner played in 31 WODIs for Sri Lanka between 2008 and 2014 before retiring. She won the Best Batswomen’s prize at the Dialog Sri Lanka Cricket awards in 2013 She also played 35 T-20’s scoring 496 runs and taking 11 wickets.