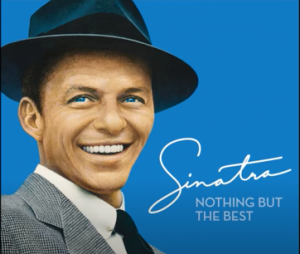 Not everyone unfortunately, gets to say anythig, during their final moments on Earth, but quite a few did in fact, and, given the situation they were in, these personal statements were very interesting. For instance, the final words of Australian outlaw Ned Kelly (a third cousin, five times removed, I think), simply were “Such is life”, before the trap door he was standing on, at the old Melbourne Jail swung open and Ned plunged to his death. This is not the most cheerful story I’ve written, but important enough for Ned’s relatives and friends & those concerned. In contradiction to what old Ned had to say, my famous last words will always be “Life is what you make of it”. Hopefully, I still have a little time, before I utter these words folks, but let it be known that I have forecast them on the Premier Website of e’Lanka, in Australia, very approximately sixty (60) years since my arrival here, from my lovely Island home, Ceylon.

Now, let us get down to just a few famous last words of other persons that my readers will definitely know. These have been verified by a Dictionary of Contemporary Quotations, as compiled by Author Jonathon Green, a Scribe who is certainly anything but “green” when it comes to Quotations.

“I should never have switched from Scotch to Martinis”.

“That was the best Ice-cream Soda I have ever tasted”.

“That was a great game of golf, fellers”.

“I’ve had a hell of a lot of fun, and enjoyed every minute of it”.

“If someone is going to kill me, they will kill me”.

“Dying is a very dull, dreary affair. My advice to you is to have nothing whatever to do with it”.

ELVIS PRESLEY, American Rock Star, (concluding what was to be a last Press conference), said this to Media in 1977.

So, there we go folks, a few “famous last words” to start with, and a few more perhaps, to follow. My final words right now are these. e’Lanka is akin to a Ship. I refer to this Worthy Website as “S.L.S. e’Lanka” sometimes and remain very proud to be Capt.Neil Jayasekera’s 1st Lieutenant, but just a friendly reminder to everyone out there. While we do everythng we can to help Lankan/Aussies get any publicity they need, I have to inform all of you that Ships need money to keep themselves afloat. We boast a small Lankan Crew who need victuals & oil to keep S.S. e’Lanka fuctioning as it should, so a few “Passenger Donations” would be very much appreciated. That said, I now rest my briefcase.

They came, they saw and realized the mountain was too high to conquer – by Trevine Rodrigo