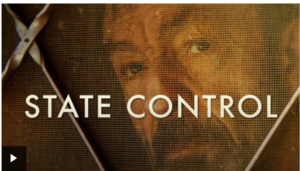 
Very recently, I watched “4 Corners” on the ABC Television Channel, only to be shocked into realizing what our so-called Government/s

Guardian & Public Trustees are up to, and have been, for quite a while, around Australia, as a whole.

Thereby, my Angry/Sad Title for this particular “Post”. I am so fed-up with what is happening in this Country right now, & would like to firstly, congratulate ABC Channel 2 for it’s fearless coverage of so many different “true stories” of this nature, especially, stories that other Commercial Television Stations would not touch, with a mile-long barge-pole. I have decided that this particular introduction on my part will suffice, as far as my e’Lanka readers are concerned, but here is the “link” to the 4 Corners program which is a “must-see” for the Public in general. Please watch this, if you are interested in the well-being of ageing or incapacitated persons who you love, before they are swindled of practically everything they own. Speaking for myself, I am very lucky, live independantly, and boast FOUR TRUSTWORTHY ADULT CHILDREN, in whom I have always had implicit trust, and I sincerely hope that thousands of my readers will be in a similar situation. Below is the link involved.

A 4 Corners investigation wii reveal the stories of Australians who say they’ve been virtually abducted by the State, stripped of..abc.net.au

“WATCH THIS AND SEE,

TO AVOID THE MISERY,

OF GETTING IN TOUCH WITH,

The Beatles – Cartoon by Max Gerreyn