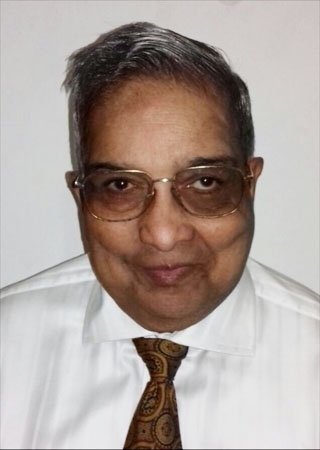 It is since one year we note with profound sadness the passing away of D H T Wijeratne popularly known as Das. It is only an outstanding person who will be remembered  many months after his death for what he had done for others and not for him to rise to fame. Was born on 2nd September 1937 and had his entire education at S Thomas’ College, Mount Lavinia. Some are born great, others achieve greatness and some others have greatness trust upon them, let it be with him. Very loyal old boy of the school. Once at an OBA meeting Warden Anandanayagam introduced him as a Director of a very prestigious company who had come forward to organize the Bishop Chapman Scholarship Fund dinner this year but mentioned he has only two daughters and therefore, no other vested interest at college. He had hand picked individuals to discharge his duties with regards to his old school.

Was an eminent Director at Forbes & Walker Ltd and all its subsidiary companies. Was also the Chairman of Lanka Milk Foods Ltd. He had the reputation of being the Rubber Director at the largest Brokering company and towards the latter part of his career as Share Director. He had also worked with the State officials to make the Sri Lanka-China rice rubber pact function smoothly during the Duddly Senanayake government. He contributed immensely towards the progress of The Colombo Rubber Traders Association in the sixties and was also associated with the popularization of Block Rubber in Sri Lanka.

Was also a founder member of The Sri Lanka Gem Traders Association and was one of his earlier Chairman. He was instrumental in bringing many reforms and concessions  to the Gem industry with the help of the Finance Ministry. The enormous work load done by him to uplift the gem industry, only the persons associated with the gem industry will appreciate with gratitude. He was one of those instrumental in the formation of the Colombo Gem Auctions with tax concessions to the miners. President Jayawardena invited him to organize a Gem exhibition at The President’s House in honour of Her Majesty The Queen Elizabeth when she visited Sri Lanka to examine the progress of the Victoria Dam.

Das Wijeratne was a past President of Sri Lanka- Japan Business Co-operation Committee, was conferred by His Excellency Mr Kenichi Suganuma, Ambassador Of Japan, “The Orders of the Rising Sun, Gold Rays with Neck Ribbon’ in recognition of his significant contribution to strengthening economic relations between Japan and Sri Lanka.

Had a wealth of experience and knowledge of some of the world’s leading companies having visited them personally but Sri Lanka was unable to harness this association to the country’s advantage. He was a victim of circumstances mainly due to jealousy, but it did not embitter him. He continued to remain in and serve the country with a sense of integrity with the Sri Lanka- Japan Business Co-operation Committee in some useful projects.

He was a person who called a spade – a spade and was very tough and strict with his subordinates, but unfortunately had an early exit from Forber & Walker due to unwanted misunderstandings resulting in one of Sri Lanka’s very important and prestigious companies going down.

At turbulent times in the country when there was a prolonged Bank strike and after the nationalization of the estates, under the leadership of the first Sri Lankan Chairman Mr R S Wijesekera this company was able to continue and help the smooth working of the plantation sector under new state owned trustees, with the sale of produce and remittance of funds smoothly, during the transitional period. The people who were directly involved will only understand what a great achievement this was for the country from the leading brokering companies.

We all who knew him well are amply aware of his enormous talents and knowledge but are sorry that none of us could make advantage of this for the betterment of our country. This was the noblest of them all. All the rest of the conspirators acted out of jealousy of this great man. Only he acted from honesty and for the general good. His life was gentle, and the elements mixed so well in him that Nature might stand up and say to all the world, “This was a man.”

He was a religious, god fearing person regularly involved in meritorious acts at the time, I was associated with him. I am Fortunate and privileged to have served and learned from icons such as Mr Das Wijeratne.  May the many meritorious deeds he has done help him to shorten his sansara wanderings and attain the supreme bliss of nirvana. As a mark of respect and gratitude to you Sir, I have  distributed food parcels and clothing to over one hundred less fortunate people in my village as depicted in the pictures, to bestow merit to you. Until then Good night- Sweet prince, and flights of angles sing thee to thy rest. Let me wish that you will get divine blessings to select the correct persons, who are genuinely close to you and keep the evil men and women at a distance. Kindly take note of the following.

Evil men do lives after them-Good is often interred with their bones.

Money is a good slave but a bad master-You can’t take with you.

Death is harvest of what you cultivated, sow wisely.

Till we meet again- MAY THE TURF LIE GENTLY ON YOU.