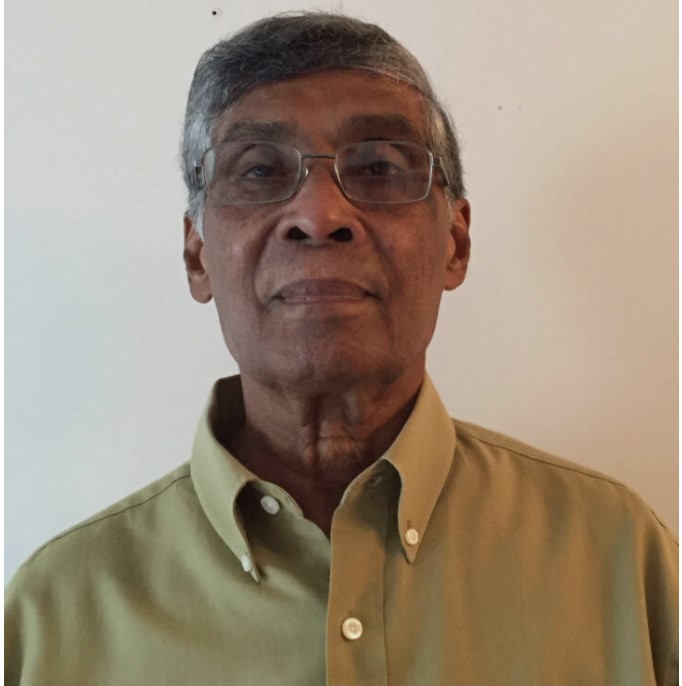 Recollecting those golden years of my batch, when we as little lads walked through the gates of St. Thomas’ Prep door, still brings beautiful memories woven in gold! We were clad in blue shorts, spotless white sleeved shirts, polished shoes and clean white socks – which probably lasted until our first few classes – or our lunch/snack break.

Carrying our “suitcases” entering the school by the sea and its rolling waters, the train passing to and fro on the other side of the boundary wall, being greeted and led into our class, how can one forget, unless memories fade. At times we wish we could re-set the clocks back – but this time we may attempt to do things a bit more different!

As we walk down memory lane so many funny, poignant and life changing experiences, as a student of Prep school flash across our minds. Of all the teachers, two individuals stand out and we are honoured to share some of those details about Sir Bala and Miss Sushila! In life they were a unique couple, and having been taught by both teachers it would be a shame not to mention both their names in this short tribute. The values in life they installed into our young lives are still engraved and embedded and fondly remembered whenever we connect with each other. Both joined the school at the same time and were attached to the boarding – as Sir Bala mentioned in his own words…..that is when he got trapped and married Miss Sushila in 1974.

Sir Bala joined Prep as a teacher in 1968 and carried on until he migrated to Canada in 1984. The school had only 5 male teachers at that time and he was one of them. Classes were only up to grade 5, and he was tasked to teach both the English and Tamil streams by Mr. J S L Fernando who was the Head Master during that period. He was also one of the boarding masters at that time to take care of the 160 boarders. During his 16 years at Prep he was fully involved in all areas of the school and the following are a few of his contributions: He was a fantastic teacher and we had the privilege of being taught not only science and Christianity, but also as our grade 8 class teacher. A straight shooter by nature and did not hesitate to call a spade a spade. He never showed any difference between students who did well in their studies and others with a lack of interest or who were side tracked. Classes were always interesting and he shared real life experiences to drive the point across to the students. In fact, if there was a specific measure to evaluate, it would have indicated that the class average increased because of the influence he had in each and every student that passed through his class.

Sir Bala was a very strict but kind teacher and did not hesitate to use the ‘Ruler’ when he deemed it was required. He had a very special technique and when used, it would send students into an instant ‘Break Dance Mode’. He also had a very strict code of conduct as to how students should present themselves after the lunch break. Anyone with a sweaty and untucked shirt would pay a heavy price. The cuts we received from him still smarts!

He was the only teacher as far as we could remember, who introduced himself by his ‘Nick Name’ – just to let us know that he was aware of it. Since our class was at the end of the corridor and between subjects as teachers changed, we used to have fun but ensured we never got caught. However, he was the only teacher who caught us in the act and little did we realise that he had been watching us through the stain glass windows from the Chapel – which happened to be the tallest building located just opposite our class.

He did not teach but instilled into the hearts and minds of his boys, so many great qualities. These were qualities that have been sown, watered and planted in our lives, as we grew from being boys into ‘Young Men’. As the decades strolled by, many of us have been strewn across the globe…..however those life lessons have never been forgotten but used, as we built our own families. In every season of our lives, we ‘His Boys’ who have had the privilege of being taught by such an outstanding, talented and respected teacher, are honoured to be called one of Sir Bala’s students.

Postscript – we conclude this tribute with the following clip with glimpses of the era described by the writer. YouTube acknowledgement and thanks to Avi Mendis.