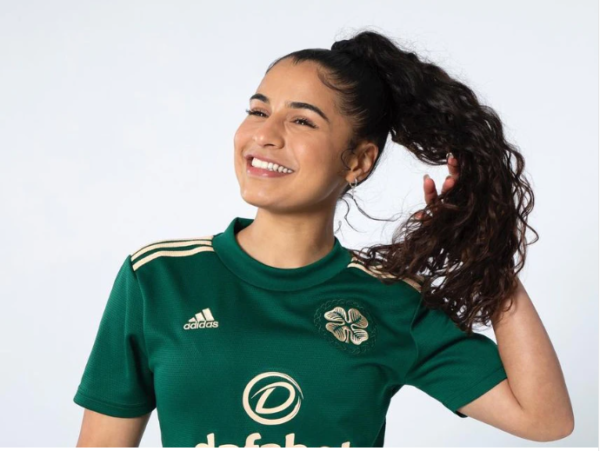 “I’ve been to a couple of camps with the first team as well but recently they haven’t invited me to a lot of camps, so maybe if they were to call me up and want me to be in the team I would have to think about who I would want to represent.

“But unless they show much interest there’s not much I can do.”

After moving to England as an 18-year-old to play for West Ham, Galabadaarachchi struggled for game time and, after a stopover in Italy with Napoli, settled into life in Glasgow last year as the Scottish league embraces full-time professionalism.

In a season in which Celtic claimed the Scottish League Cup and is in the final of the Scottish Cup, the Australian has been a stand out.

“It’s been an amazing last few days, winning both awards, I was really surprised and really honoured,” Galabadaarachchi said.

“I started off the season a little bit slow but I think I really got into things the last six months I’ve pushed my way into the starting 11 and I’ve been doing quite well and as a team we’ve been playing really well.”

Galabadaarachchi, who played for Melbourne City and Perth Glory in the W-League (now the A-League Women’s) before moving overseas, says she doesn’t want to make a hasty decision on what country she represents. 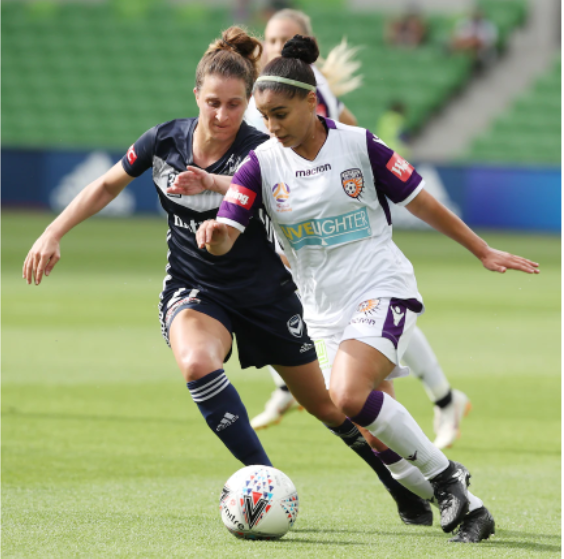 Galabadaarachchi in action for Perth Glory in 2018.(AAP: David Crosling)

“For Argentina, I know that the coach has been interested in me before, he’s heard about me, and I’ve been putting off playing for them a little bit just waiting to see what decision I should make because I know, once you debut, that’s the country you play for.

“At this point I’m still debating what’s the best option for me because, like I said before but — I’m not sure if everyone agrees — Argentina would be more my style.”

While the Argentinian men’s team, led by Galabadaarachchi’s idol Lionel Messi, is one of the most formidable sides in international football, the women’s team is ranked just 34th in the world.

This week, former Matilda and Football Australia director Heather Garriock called for Galabadaarachchi to be brought into the national set-up, but the Dandenong junior isn’t sure how her game would fit in.

“I’ve seen the Australian national team play and they’re really good but I don’t see a lot of players like me,” Galabadaarachchi said.

“I do see Alex Chidiac [involved], like [Heather Garriock] mentioned, I play a bit like Chidiac in terms of dribbling and creativity, but again I haven’t been invited and I haven’t been involved in that squad for a while now so I’m not sure.”

The Matildas are undergoing a period of renewal, with coach Tony Gustavsson blooding young players as the side prepares for the World Cup in Australia and New Zealand next year.

And while football supporters might shudder at the thought of seeing an Australian like Galabadaarachchi play for another country, she says there’s little fans can do.