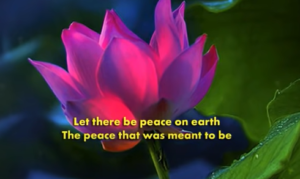 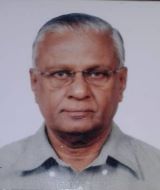 War is defined as an intense armed conflict between nations and/or communities within- causing massive suffering and casualties.

What is a conflict?

It can be a disagreement-argument or quarrel-an opinionated clash of aims-interests or ideas between just two people, spreading into a clique of similar minded people-and ending up with the whole community or nation to battle-aroused from their otherwise normal and peaceful existence.

This is well explained in a quote from Leo Tolstoy’s novel on War and Peace; he says-if everyone fought for their own convictions there would be no war-meaning that if the innocent youth actually knew the accurate cause for which they are fighting, they would not face the battle cry for which they had been well groomed by the initial proponents-some are fed with the idea of a false patriotism and others clasp the invitation for battle because they are wallowing in dire poverty.

But are they convinced of what they are battling for?

Whatever be the studious aspects of war the stark question and observation is that it remains futile and destructive-to say the least.

Also share my appended composition of-Cheek to Cheek to be convinced on battling or not just because it is served on a palatable dish by the powers that be to preserve their rule and power.

This was composed in 2003 in the aftermath of the twin tower attack in 2001 and amidst ominous challenges by the then US President to his opponents-to come play ball.

How amusing it is to note they are still playing ball.

Pre-historic wars have been recoded 14000 years ago-with violent killing recorded at the inception of creation, about which this writer will not delve deep to preach the bible, but is sufficiently   convinced in logical faith to be content with the aforesaid aspect of ancestral human nature-suffice to quote the biblical verse-for a thousand years in thy sight is but as yesterday when it is past

Since the industrial revolution which started in Britain fighter weapons sprouted all over Europe -killing approximately 3 million people at war-with records showing armed conflicts slowed down since the end of the cold war in the early 1990’s-but also now clearly see embers are being rekindled-that may end up in a nuclear warfare spelling earthly doom.

Futility of war is highlighted when we see that military personal involved in battle are often subject to mental and physical injuries and destruction of infrastructure and resources-leading to famine disease and death.

Many theories are put forward as to motivations of war-psychoanalysts calling it a mass discharge of accumulated internal rage-where inner fears of mankind are discharged-some say it is due to inherent violence of human beings especially avenged on other races, religions and ideologies

It is worth pondering a quote from Mother Theresa of Calcutta highlighting as to why some frustrated persons are prone to avenge their frustration on society.

She says-we think sometimes that poverty is only being hungry, naked and homeless. The poverty of being unwanted, unloved and uncared for is the greatest poverty. We must start in our own homes to remedy this kind of poverty.”

Could it be the unwanted and unloved child with a turmoiled mind that is convinced of a quarrel with his own family and then battle it out within and without the nation?

The progeny of such wars is suffering from mental disorders and treated by psychoanalysts-with doses of-old wine in new wineskins-but when we see much of what is said by so-called shrinks-we see all these come down from the wisdom contained in old wine skins preached by ancient writers.

Thus, would it not have been better to have had doses of old wine instead of destroying the old wineskins with the new found renaissance of the Middle Ages?

Yes, to get back to the peace that was within and spread to the neighbor-community and the world-to ensure no more violence and war-let us listen to the song-Let there be peace on earth and let it begin with me.