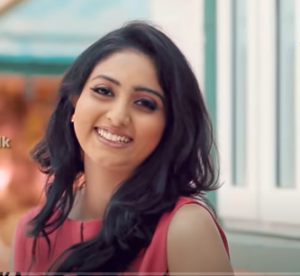 The characteristics needed to be a successful actress is to possess a stupendous acting talent together with a pleasant personality is absolutely essential for the trade. However, this talent has to be tagged with other qualities like coordinated movements, a well-modulated voice, passion, a propensity for dancing with a good sense of rhythm.Vinu Udani Siriwardena is such an actress .She further possesses the ability to perform diverse roles with varied sets of emotions without much flaw. Vinu possesses all these qualities along with self-confidence and optimistic thinking; hence she has remained upright for over a decade deciding to choose the appropriate career.As a model Vinu possesses the needed stamina alongside patience and perseverance withstanding hectic schedules having a good height healthy complexion also been photogenic.

Vinu Udani Siriwardana born March 10, 1992 is an acclaimed  Sri Lankan actress,model, and television presenter. He was educated at Anula Vidyalaya Nugegoda. Vinu is the second child in family having an elder brother Sanu and a younger sister Ruvi.

When barely a teenager  In year 2012 she participated in the “Derana Veet Miss Sri Lanka for Miss World 2012” pageant and succeeded in becoming the joint winner for the title ‘Derana Veet Miss Sri Lanka for Miss World 2012’ with Sumudu Prasadini  The pageant was held at the Blue Water in Wadduwa. It had been announced initially that Vinu was the winner .But subsequently owing to a calculation error made by the Judge panel both were declared as the joint winners which was announced only on the 4th April, however it was Sumudu Prasadini who was adjudicated as the 1st runner up but represented Sri Lanka at the Miss World 2012 beauty pageant in China. However Vinu was adjudicated as the winner of Miss Talent in the mini pageant of the same competition. Vinu also was named the ‘most popular contestant’ in the same contest through a Sunday Observer public voting system having polled the most number of votes from readers.

Vinu also represented Sri Lanka at 18th Miss Tourism Queen of the Year International pageant, which was held in Nanjing, China having competed for the main title as well as two mini titles – ‘Best in Talent’ and ‘Best National Costume’. At this competition, she succeeded in making into the top ten finalists in ‘Best in Talent’ , and among the top twenty five in ‘Best National Costume’ titles.

Immediately after her triumph at the Derana Veet pageant in year 2012 Vinu was invited to portray roles in teledramas. She portrayed not a main role in her first debut teledrama ‘Pipena Mal’ in year 2012 which was a teledrama which consisted of over one hundred and fifty episodes. Her  role as ‘Parami ‘was a supporting role in that teledrama. Almost simultaneously Vinu portrayed much bigger roles in Tharumalee teledrama as ‘Tharumalee’ in the lead role later in ‘Wes’ which were running roles proving her talent in acting.

During this period she was somewhat of a sought after actress when she was in demand to contribute to many music videos.

Vinu was recently awarded the “Nelson Mendela Peace Award” in year 2019.She is a keen reader hopes to author a novel.He had successfully hosted the “Hada Rendi Peya” on Fridays in Sirasa television. She tied the nuptial knot in year on 28th August 2020 with Kasun Liyanage who is a lecturer in Advanced Level Economics and business studies.

After triumphing in the DERANA VEET MISS SRI LANKA  FOR MISS WOLRD In year 2012 Vinu has come a long way during the past decade in becoming a sought after actress for teledrama’s , films and music videos in a short space of time.All her followers and fans would wish her the best for all future endeavours as well as for her married life.