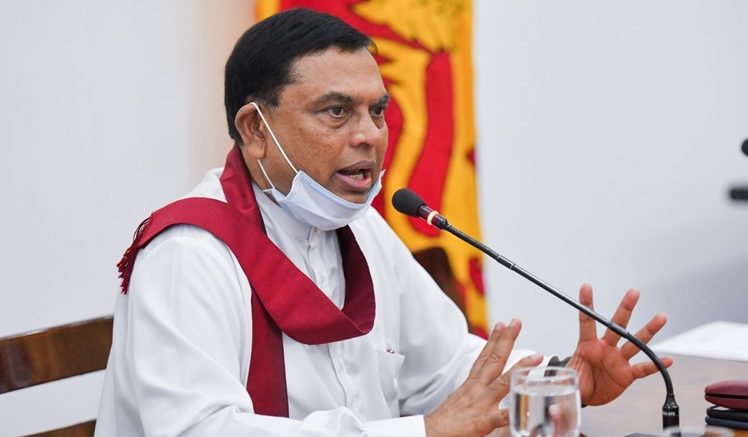 
ECONOMYNEXT — The time has come for an election in Sri Lanka and the ruling Sri Lanka Podujana Peramuna (SLPP) is ready to face any election, SLPP national organiser Basil Rajapaksa said, dismissing claims that the party has come to fear elections in the face of growing unpopularity and increased factionalisation.

Speaking to reporters at an event held in Colombo Monday December 05 morning to mark the fourth anniversary of the party’s media centre, Rajapaksa handwaved off assertions that the SLPP has splintered in the wake of the mass protests that ousted his brother and former President Gotabaya Rajapaksa.

“No, our party hasn’t fragmented, not the way this cake was cut,” he said, pointing to the cake that was cut to celebrate the media centre’s anniversary.

“There may be some [dissenters], but we are with the people,” said Rajapaksa.

Political analysts, however, note that the once mighty SLPP has indeed fractured to at least four or five distinct factions. One group, according to party sources, is with President Ranil Wickremesinghe who is keen to involve younger SLPP legislators in his economic reform agenda. The second is with former Media Minister Dullas Alahapperuma who launched an unsuccessful bid for the presidency and was roundly defeated by Wickremesinghe at the July 19 presidential vote in parliament. The third group now sits as independent MPs in parliament, while a fourth faction are with former President Mahinda Rajapaksa, the SLPP patriarch.

There is another group that remains loyal to Basil Rajapaksa, though all but one SLPP legislator voted for the 21st amendment to the constitution that prohibited dual citizens from entering parliament. Rajapaksa, a dual citizen with US passport, recently returned to the island after a private visit to his second home.

The former finance minister, who resigned after a wave of protests that demanded his departure along with that of his presidential brother, for their alleged role in Sri Lanka’s prevailing currency crisis, the worst in decades, was in a jovial mood at the anniversary event on Monday and was seen heartily indulging reporters who were throwing loaded question after loaded question at him.

Asked about future plans of the SLPP, Rajapaksa quipped that they couldn’t be revealed to the media at this stage.

“However, time has come for an election. It’s difficult to say how it will be at present, but as a party, we’re ready to face any election,” he said.

Rajapaksa’s apparent confidence in facing an election is in direct contrast to speculation that the SLPP is banking on President Wickremesinghe’s refusal to dissolve parliament anytime soon. Opposition lawmakers have accused Wickremesinghe of providing sanctuary and promising security to the deeply unpopular party by not calling early elections.

“We have won every election we faced so far. We are thankful to the Sri Lankan people for that. If we were unable to meet their expectations 100 percent, we regret that. We will correct any shortcomings and will work to fulfill the people’s aspirations,” said Rajapaksa.

Pressed about possibly entering parliament again, he said: “How can I?”

Nor is Rajapaksa saddened by the development, he claimed. “No, I’m happy about it,” he said.

The former two-time finance minister, noted for his clash of views with Wickremesinghe when the latter was invited by then President Gotabaya Rajapaksa for a round of discussions on economic recovery, was cautiously complimentary when asked about the new president. It was the SLPP’s backing that guaranteed Wickremesinghe his lifelong ambition.

“I think that selection was the correct one. We have maintained from the start that all of us in government or opposition must be able to freely engage in politics,” he said, referring to assurances that the president has purportedly given SLPP parliamentarians that they will not face the kind of retaliatory mob violence that engulfed the nation on May 09 after alleged SLPP goons attacked peaceful anti-government protestors in Colombo.

A reporter asked if Rajapaksa believes the incumbent president is capable of taking the country on the right path to recovery?

“The first task was accomplished, by allowing us to engage in politics and to get on the streets. There are economic and other issues, and we have high hopes that they will be resolved,” he said. (Colombo/Dec05/2022)