The Story of Joa the African Elephant-by Srilal Miththapala
Advertisement 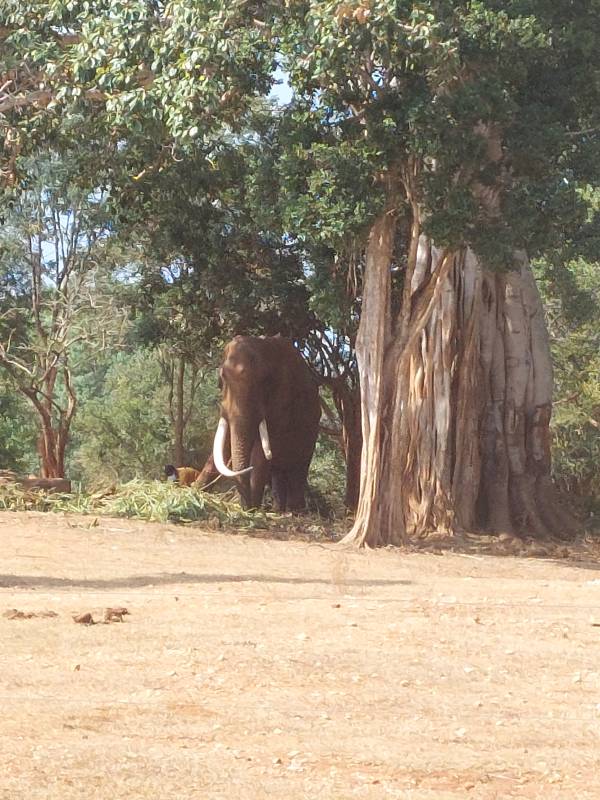 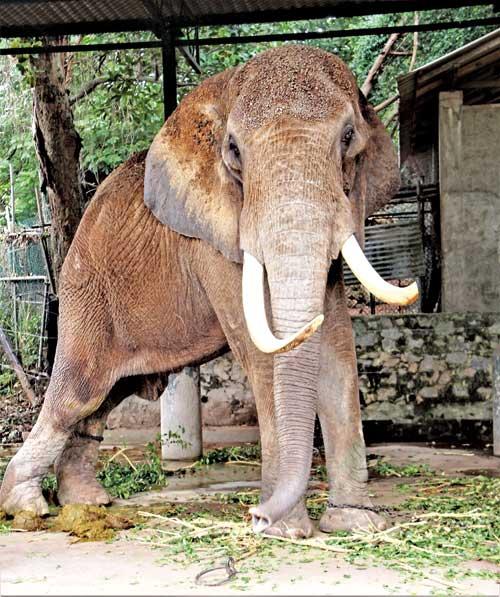 Joa was probably born in 1992, and was brought to the Dehiwela Zoo in 1995. He was a 3 year old African Bush (or Savannah) elephant. There are two sub species of African elephants, the Forest Elephant and the larger Bush Elephant. He was one of two African elephants sent from Botswana on an exchange programme between zoos. His companion was Nandipa, an African Forest elephant who was smaller in stature than Joa. Unfortunately Nandipa died at the early age of six.

When Joa reached the young adolescent age, (around 8-10 years in elephants) he started becoming very aggressive. The only mahout who could somewhat control him retired in 2016, and subsequently Joa had to be constantly chained in all four feet. This caused considerable backlash on the zoo, from animal lovers and activists.
I remember visiting the zoo in 2017 with my friend Vasantha Nugegoda, world expert on captive animal management and one time deputy director of the Dehiwela Zoo. We saw that Joa had been chained in a corner of the new elephant enclosure at the rear side of the zoo, away from the public eye. He had grown considerably tall and sturdy since I had seen him last. He was very aggressive and started throwing fodder at us as we approached him.

“When Joa reached the young adolescent age, he started becoming very aggressive and subsequently had to be constantly chained in all four feet”

He was constantly swaying his head from side to side, a sure sign of stress. The curator said that he could not be tethered in the main elephant enclosure for fear that he may injure visitors. The curators could not even take him for a bath and had to ‘hose him down’ from afar. As a result his skin was full of thick scabs.
In 2016 the new 500 acre Ridiyagama Safari Park was opened in the Hambantota area. The authorities took the very wise and bold decision to move Joa to Ridiyagama. It turned out to
be one of the most successful measures that the management had taken.

Joa made the long journey from the Dehiwela Zoo to his new home at Ridiyagama, in a special truck in May 2018. He was to join another 14 other Sri Lankan elephants (Asian elephants) sent from the Dehiwela Zoo and Pinnawela Orphanage, who were already living there. On arrival at Ridiyagama Safari Park Joa had to be kept in isolation due to his aggressive behaviour, and it took considerable skill and patience, to earn Joa’s trust. After 3-4 months Joa began to respond and was released to interact with the herd.
He integrated well and today is quite a changed elephant. He is calm and can be approached in the park safari vehicles safely. The mahouts of course, interact with him more closely without any issue. A fair cry from the boisterous angry elephant he was in the Dehiwela Zoo.

“The authorities took the very wise and bold decision to move Joa to Ridiyagama. It turned out to be one of the most successful measures that the management had taken”

This is further proof that when animals have space to live in relatively natural environments, their stress levels reduce and their behavioral changes.
He became so integrated with the herd that a few years ago Joa mated with a receptive female in the park. It caused quite a sensation at that time, and caught everyone by surprise.

However, the mating was not successful, as is the case normally between two different sub species. In the very rare instance it is successful, there will be mismatches at cell division at fertilisation of sperm and ova, and the offspring would be weak. (The one confirmed ‘success’ of an African and Asian elephant breeding was at England’s Chester Zoo in 1978 but the calf, named “Motty” died at 2 weeks.)

So it was a blessing in disguise that it ended that way. In the future, I am sure the park authorities will be more alert, and the moment they notice a female in the herd becoming receptive, they will take action to isolate Joa.

A word about zoos

My personal thoughts are that animals must not be held in captivity. They should roam free. However over the ages, animals have been kept in captivity all over the world for the amusement of people. Zoos were an institutionalised offshoot of this trend.

Although people have grown more aware about animals and their behaviour, and the fact that they should not be held in captivity, there are still many zoos around the world today. Of course,  several aspects have changed for the better.
More open, natural looking enclosures giving the animals some ‘freedom’ are the order in most zoos now. Several zoos have been completely changed into open range exhibits where animals are allowed to roam free in large areas of land. And some zoos have transformed themselves into conservation and breeding centres for rare animal species, and are doing a great job.
There is no way a zoo can be completely shut down because the animals have been habituated to being fed, and as such they can never be released into the wild. A very few could perhaps be rehabilitated over a time, but it would be a labourious and costly exercise.
So for the better or worse, the captive animals in zoos are here to stay, and all efforts should be on compromise, to help them lead a ‘natural life’ as far as possible.