"THE SOUND OF SILENCE"
Advertisement 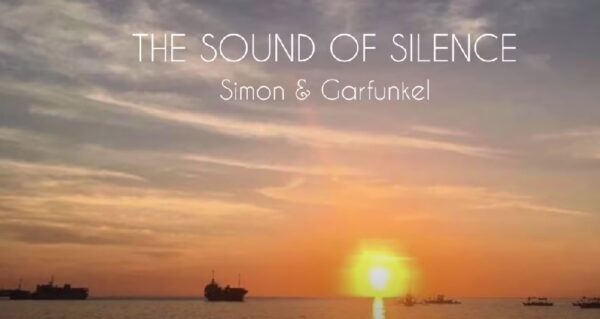 
The truly adequate title of a recording “hit” of it’s era, by Simon & Garfunkel, and the story behind the song, sent in to us at e’Lanka, so a very big “Thank you” to Charles Schokman from all our readers who fully understand the value of any interesting story/stories such as these.

A Grim Reminder & The Sound Of Silence

A humane act  of Today I read a very beautiful story, which I decided to share. It is the story of a poor boy, an American of a Jewish family, from Buffalo, who wins a scholarship at Columbia University.

There, he befriends a boy who turned out to be a great friend, and his roommate. But in his freshman year of college, watching a baseball game, all of a sudden, out of nowhere, he went blind.

The doctor said it was conjunctivitis and it would go away. It didn’t … it was a cataract that had damaged his optic nerves. The boy became blind, went into depression, dropped out of school and returned to his homeland.

This friend, his roommate, went there and convinced him to return to the University. The friend said to him: – the darkness will accompany you and I will be your light. The friend started to help him in everything. He read him the tests, the books, everything.

This blind guy ended up graduating with a law degree, then got a master’s degree from Harvard and a PhD from Oxford. He became a well-recognized attorney and a Counselor in the White House. He was advisor to American presidents such as Gerald Ford and Jimmy Carter.

This beautiful story of overcoming adversity and showing the true value of friendship is the life of Sandy Greenberg.

But going back in time, in 1964, the roommate who helped him graduate, Arthur Ira Garfunkel (of the duo Simon & Garfunkel) borrowed $400 from Sandy.

He needed the money to release a record. Sandy lent him the money. The record was released in 1964, and became one of the most popular songs.

It was the song that the roommate made in honor of his friend Sandy Greenberg, a song that everyone knows, but like me, no one knew the story behind the lyrics.

*The Sound of Silence*