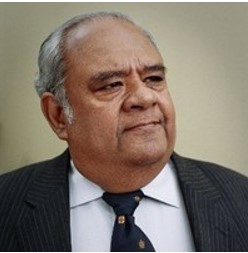 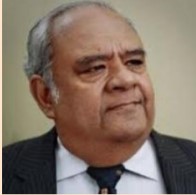 He was a distinguished Attorney General of Sri Lanka and served that society in associated areas, such as being the chairman of the group that drafted the Convention on the Prevention of Terrorism for SAARC and Presenter of Sri Lankan Reports to UNHCR. Sunil was given The Award of Excellence, Colombo Plan.

What appeared to be a sideline, but was not, was his passionate involvement in theatre.

Sunil, after discovering that the theatre and the world were integrally connected, treated Australia as just another part of the large stage of mankind. “All the World’s a Stage” he realised, “And all the men and women merely players”, who have their entrances and then their exits.

I have it etched in my memory how Sunil, in a major early Sydney performance, The Theatre of Migration, sang with other actors:

He landed by air near Botany Bay in Sydney to join his wife Senanie and two children Sidat and Samanti.

After establishing himself at the Crown Prosecutor’s office he gradually discovered and integrated with other Lankans searching for theatre as the other life. The associations were rewarding and Sunil contributed richly to community life and theatre, for about twenty years, performing in Sydney, Canberra and Melbourne.

He even returned to his home breeding ground in 2003, playing a Middle East dictator in The UN Inspector is a Sri Lankan. This was at the Lionel Wendt in Colombo. It was the fiftieth anniversary celebration of that theatre.

Recalling all his performances cannot be covered, for this tribute. Reference to his playing in his last major performance will convey the idea. 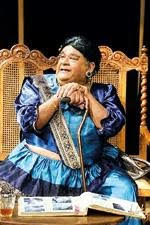 He was outstanding and carried the play The Lost Culavamsa as Lady Muriel Panabokke, pictured here, a Lankan believer that five hundred years of foreign occupation is what not only gave the country its character, but also saved it from “Ancient Motherly” re-absorption by India.

A thought, as Sunil reminded me, which still passes through the minds of Lankan rulers; with now an Asian power, without formal occupation of the island, being the buffer.

It was exciting, and sheer delight, to experience Sunil play the extracts below.

My husband Sir Desmond thinks our only real protection from the Indians is to be in the firm embrace of the British Empire. and We stopped at Lady Bertha Vanderwall’s on the way, and she loaded us with love cake and breudher and glasses of that Burgher homemade ginger wine, in addition to bolo fiado.

Burghers, breudhers and bolo fiados! We must be thankful for the Dutch occupation of some good parts of the island for well over a hundred and fifty years. And as we were leaving Bertha put six packets of lamprais into the car.

Sunil’s wife Senanie gave him staunch and loving support in all he did. His two children Sidat, a professional cinematographer, also an actor and Samanti a teacher and an actor were the joys of his life. Samanti died young, about four years ago. Sunil then began to decline, though his sense of society around him, made him bravely carry on as if normal.

Sunil was a good human who loved life as his companion. So I conclude with an extract from Rabindranath Tagore which images death also as a companion for such a human.

And because I love this life
I know I shall love death as well.
The child cries out when
From the right breast the mother
Takes it away, in the very next moment
To find in the left one
Its consolation.