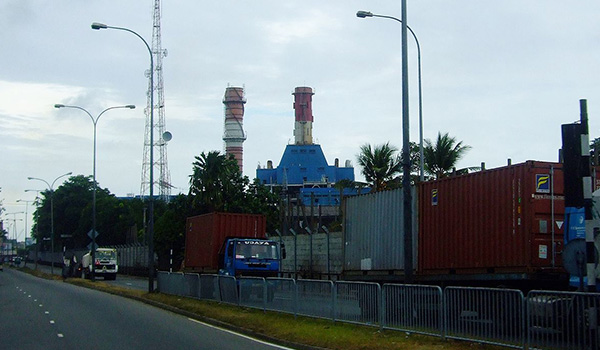 ECONOMYNEXT – Sri Lanka’s power regulator has ordered Ceylon Electricity Board to generate more power from diesel and hydro to make up for a coal plant which will be out of commission for at least five days.

“The commission advises you to increase the Hydro & Thermal Generation to cater the demand without increasing the existing power shedding duration (3 hours and 20 minutes per day) until the Lakvijaya Unit 1 resumes generation,” the Public Utilities Commission of Sri Lanka has said.

“You are also informed to let the commission know if there is any concern in implementation of above.”

On May 03, where there were no power cuts the CEB generated 48 GigaWatts of power, with coal down from the usual 19 GWh to about 13.1.

CEB engineers had warned earlier that scheduled maintenance of the three coal plants were delayed and routine maintenance was also becoming difficult due to lack of foreign exchange for spares and service contracts.

Sri Lanka to give Rs13.3bn to poor hit by soft-peg with World Bank credit