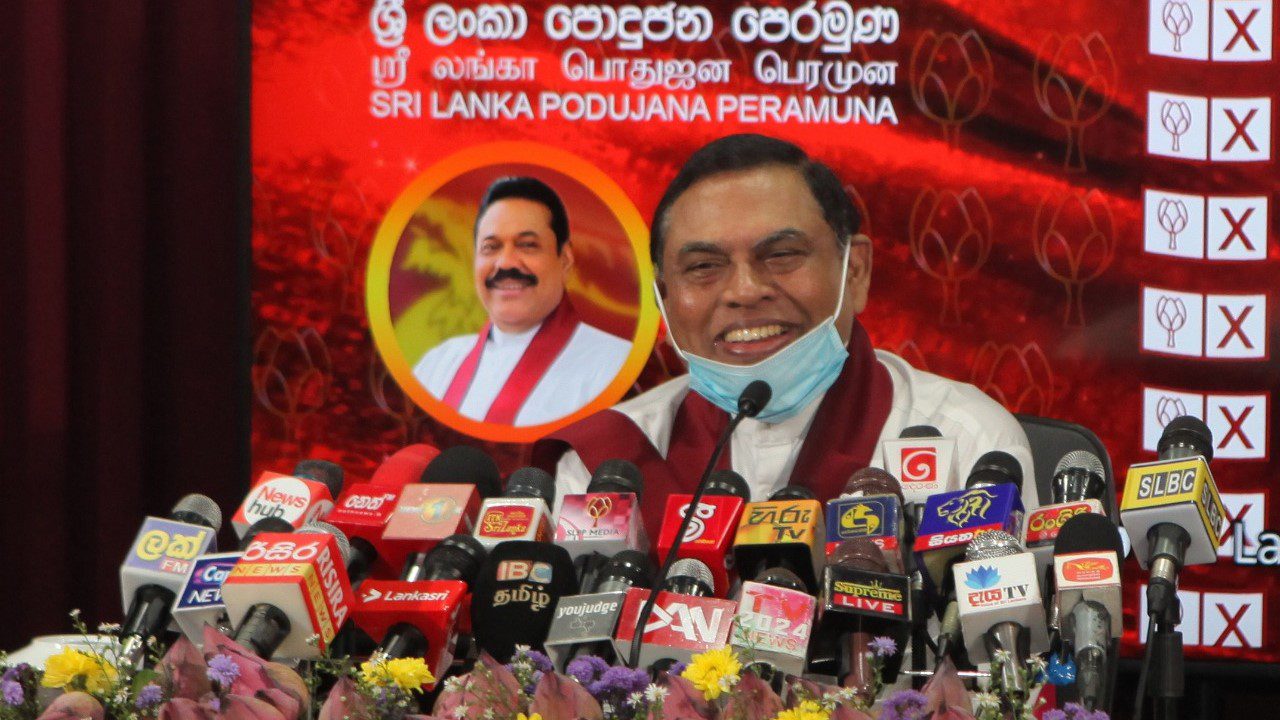 Fielding questions from reporters at the end of a religious ceremony on Tuesday January 24, Rajapaksa intimated that the SLPP wasn’t solely responsible for the crisis.

When a journalist asked if it wasn’t the SLPP government of ex President Gotabaya Rajapaksa that created a situation where Sri Lanka has had to struggle to find 10 billion rupees for an election, the former finance minister said his party wasn’t the only one in power over the past 70-plus years.

“It has been happening for a while. What they’re saying now is that this is because of over 70 years of mistakes. It wasn’t just us who were in power for 70 plus years,” said Rajapaksa.

He was taking a dig at a call by the leftist Janatha Vimukthi Peramuna (JVP) to “end a 74-year curse”, a reference to nearly 75 years of independence in Sri Lanka that saw the centre-right United National Party (UNP) and the centre-left Sri Lanka Freedom Party (SLPP) and their various offshoots, reconfigurations and alliances taking turns to govern the country.

In the wake of the unprecedented wave of anti-government protests in 2022 that resulted in the resignation of President Rajapaksa and much of his government including the then finance minister, the JVP and other “outsider” parties have doubled down on this anti-establishment rhetoric, demanding a so-called system change as fast as democracy will allow, if not faster.

However, critics say neither the JVP nor any of its fellow travellers has so far articulated a workable solution to the crisis and Sri Lanka’s other innumerable woes besides a vague promise to end corruption.

The former SLPP-government’s role in triggering the ongoing currency crisis is well established. Ill-advised policies by then President Gotabaya Rajapaksa and officials appointed by him have been widely and roundly crticised by economists, opposition groups, civil society activists, academics and others. Former finance minister Basil Rajapaksa’s claim that the SLPP was not solely responsible does not hold much water, according to these experts, though others will agree that questionable policies adopted by successive governments going back decades share a sizable portion of the blame.

The JVP, though it was never in government barring a brief stint in an SLFP-led alliance in the early 2000s, is not without blame.

Three key policy pillars articulated by the JVP from 2001-2004 and embraced by mainstream politician Mahinda Rajapaksa’s administration in 2005 have been questioned by experts.

From 2005, Sri Lanka halted privatisation, started recruiting tens of thousands of unemployed graduates into the public service every year with lifetime pensions, bloating an already bloated public sector and denying any benefit of a peace dividend to the country.

Sri Lanka also abandoned a price formula for fuel that had helped keep the rupee stable and inflation low from 2001 to 2003 even as global commodity prices went up from the ‘mother of all liquidity bubbles’ fired by the Federal Reserve from 2001.