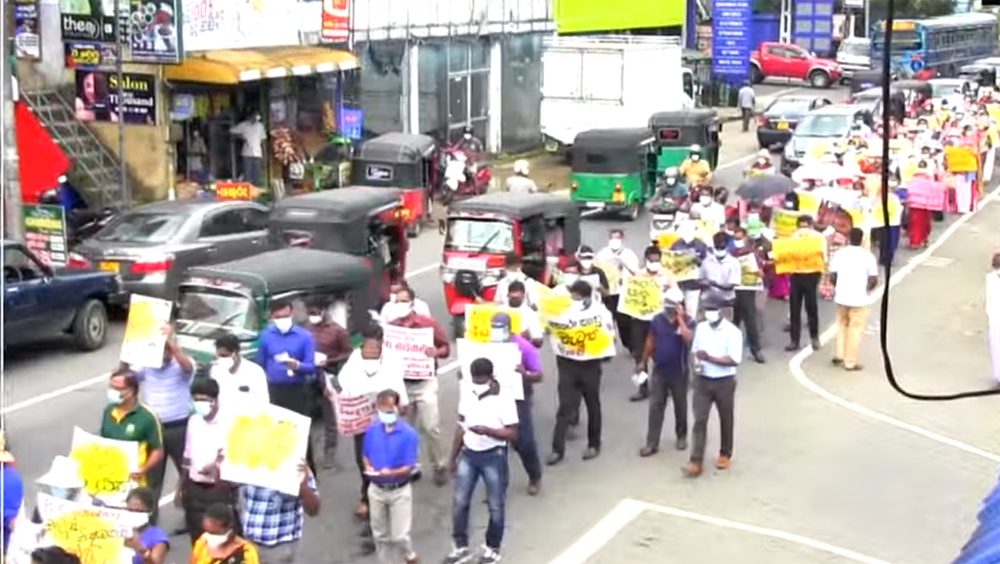 
ECONOMYNEXT – Sri Lanka’s school teachers are struggling to continue the service with the ongoing high inflation destroying their salaries and with on ongoing battle to wear more affordable clothing than the traditional saree while.

With the country is going through its worst currency crisis in the history of its central bank, teachers say the rapid inflation in the country has forced them to go with more affordable clothing than the traditional attire of saree.

“Wearing sarees are a big cost, you need to iron and we have electricity tariffs, textile industry is collapsing and in turn prices are increasing” AM Chandani, an Advanced Level teacher for Mathematics told EconomyNext.

The traditional saree, is considered as the appropriate attire for all female teachers in the country, even though it has not been officially declared under any law. Students wear frocks.

Teachers says while sarees do bring a level of respect and formality, they don’t determine productivity and the quality to education.

“Quality of education is measured through the syllabus and depends on the skills of the educator, but not on what the teacher is wearing, why is education determined by a saree?” Chandani says.

“Saree prices have risen by nearly 50 percent, electricity prices had risen by 75 percent, transportation costs are also increasing and on top of that food inflation is also present in Sri Lanka. How do you expect one to save in a condition like this?”

“The minister for education and other ministers are busy making proclamations on what teachers should wear to school,” Sujata Gamage & Tara de Mel Co-coordinators, Education Forum Sri Lanka said in a statement.

“There is no indication that they have consulted the main stakeholders in this case, the teachers.

There is already a guideline on attire for teachers in Section 5.1.b of Circular 2012/3 on “Code of Ethics and General Rules on the Ethical Conduct of Teachers”. Specifically, teachers are required to:

“Dress in culturally appropriate, clean, smart, and well-tailored clothing, maintaining decency and modesty, at all times.”

“Insisting that the saree is the only appropriate attire, especially at this time when the teachers are struggling to provide for their families, get to work on time, and teach kids who are very likely to come undernourished or hungry, would be inconsiderate.”

Sri Lankan teachers’ salaries were increase in January 2022, after the teachers went on a continuous protest, where an allowance of 5,000 rupees was approved by the Cabinet.

The electricity tariff was increased last August in order to mitigate the continuous losses made by the state-run Ceylon Electricity Board after the rupee collapse from 200 to 360 to the US dollar after macro-economists printed money to target an output gap.

Sr Lanka’s Ceylon Teachers Union (Check the exact name) said, on average, teachers get paid from 50,000 to 80,000 a month and, the union plans to go into discussions about the education system, rising cost of education as well as the salary offered to teachers.

“Teacher’s salaries are disappearing because the cost of living has risen… and the cost of working is also increasing such as buying of sarees and transport, this will cause an explosion in the education sector” Joseph Stalin, the teachers Union secretary told EconomyNext.

Meanwhile, Minister of Education Susil Premajayantha told parliament on December 01, that relief would be aided to teachers that are unable to afford sarees after media reports showed that teachers found it financially difficult.

“Even if the government doesn’t approve allocations, I will make sure that aid is being provided to teachers finding it difficult to afford school attire,” Premajayantha said. (Colombo/Dec02/2022)