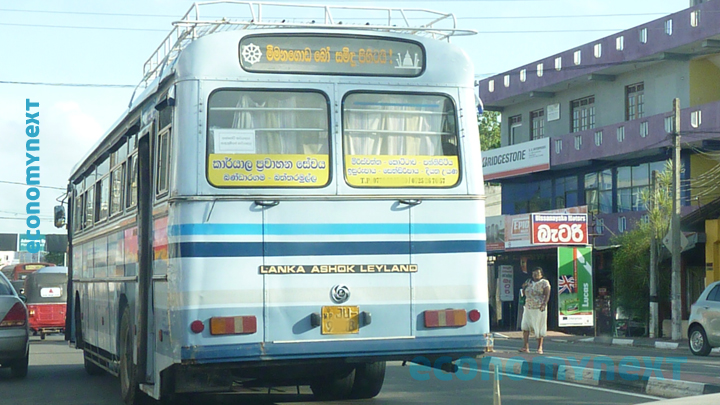 ECONOMYNEXT – Sri Lanka state run and private bus fares will go up by  an average of 19.5 percent after the latest hike in fuel prices from midnight May 24 , a National Transport Commission official said.

“The minimum bus fare will be increased by 19.5 percent from 27 rupees to 32 rupees” Director General of NTC, Nilan Miranda told reporters on Monday (24).

“In parallel to that, semi luxury, luxury bus fares will also increased. The price revisions will be implemented from mid night (24) onwards,”

Meanwhile, private bus operators say passengers are dropping off and the government should provide another solution.

“We can’t increase the price like this. The public cannot bear this anymore. All industries are falling” Gamunu Wijeratna, Private Bus Owners association, president said.

“The government must make this increase a temporary increase and within a month we ask the government to give us solutions to reduce the prices,”Wijeratna said.

Sri Lanka is facing the worst currency crisis in the history of the islands soft-pegged central bank. Classical economists have called for the central banks’ independence to print money to be curbed, a currency board or a clean floating rate to be established so that interventionist economists cannot print money and depreciate the currency in the future.