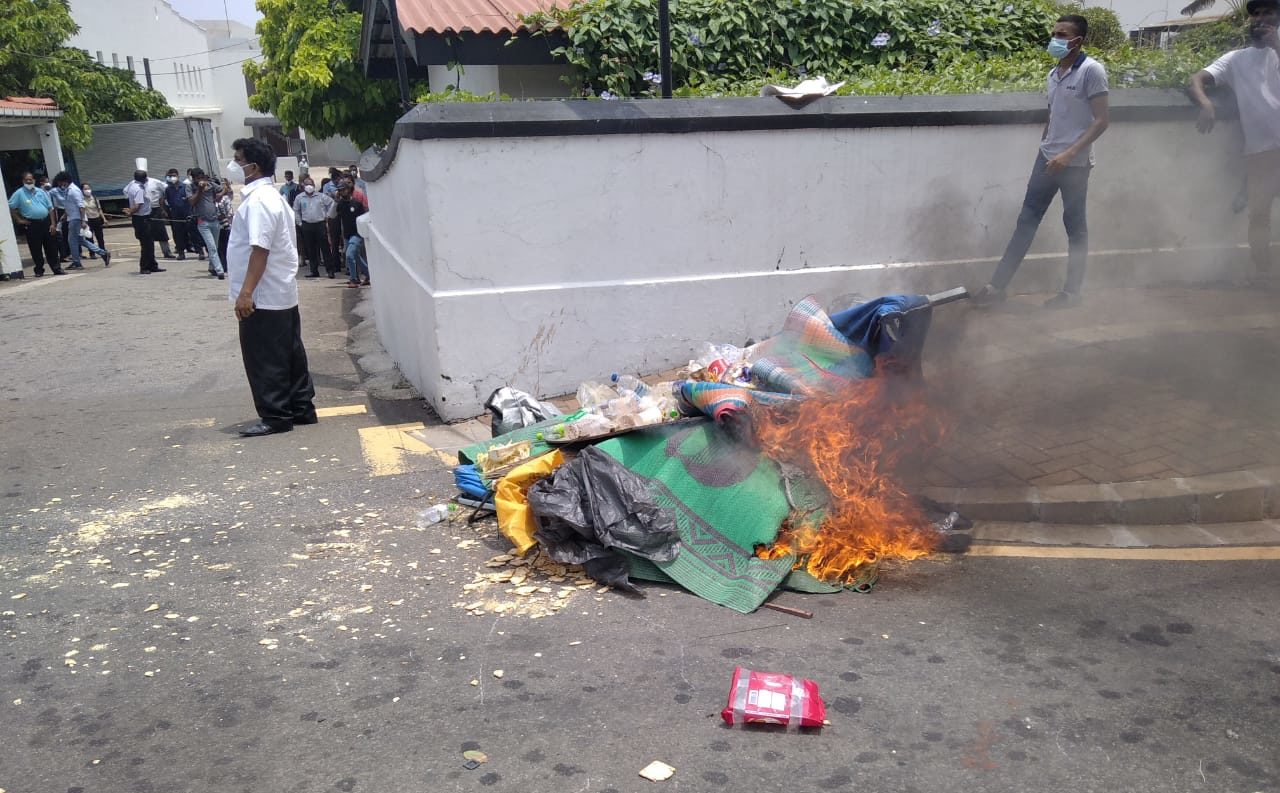 A crowd of Rajapaksa supporters who had arrived at Temple Trees Monday morning urging the Prime Minister not to step down marched towards the MynaGoGama protest site where they assaulted peaceful protestors, tore down their makeshift stages and set fire to their placards.

Police efforts to control the mob seemed inadequate, as a crowd of at least 200 to 300 attacked and gave chase to the anti-government protestors who had been demanding the resignation of Prime Minister Rajapaksa and his brother President Gotabaya Rajapaksa over Sri Lanka’s worsening economic crisis.

The pro-Rajapaksa rioters are currently heading towards Galle Face under a kilometre away, where protestors had been camping out by the Presidential Secretariat at a protest site which has come to be known as GotaGoGama.

The mob could be heard shouting slogans in support of Prime Minister Rajapaksa and declaring their undying loyalty to the former two-term president. (Colombo/May09/2022)