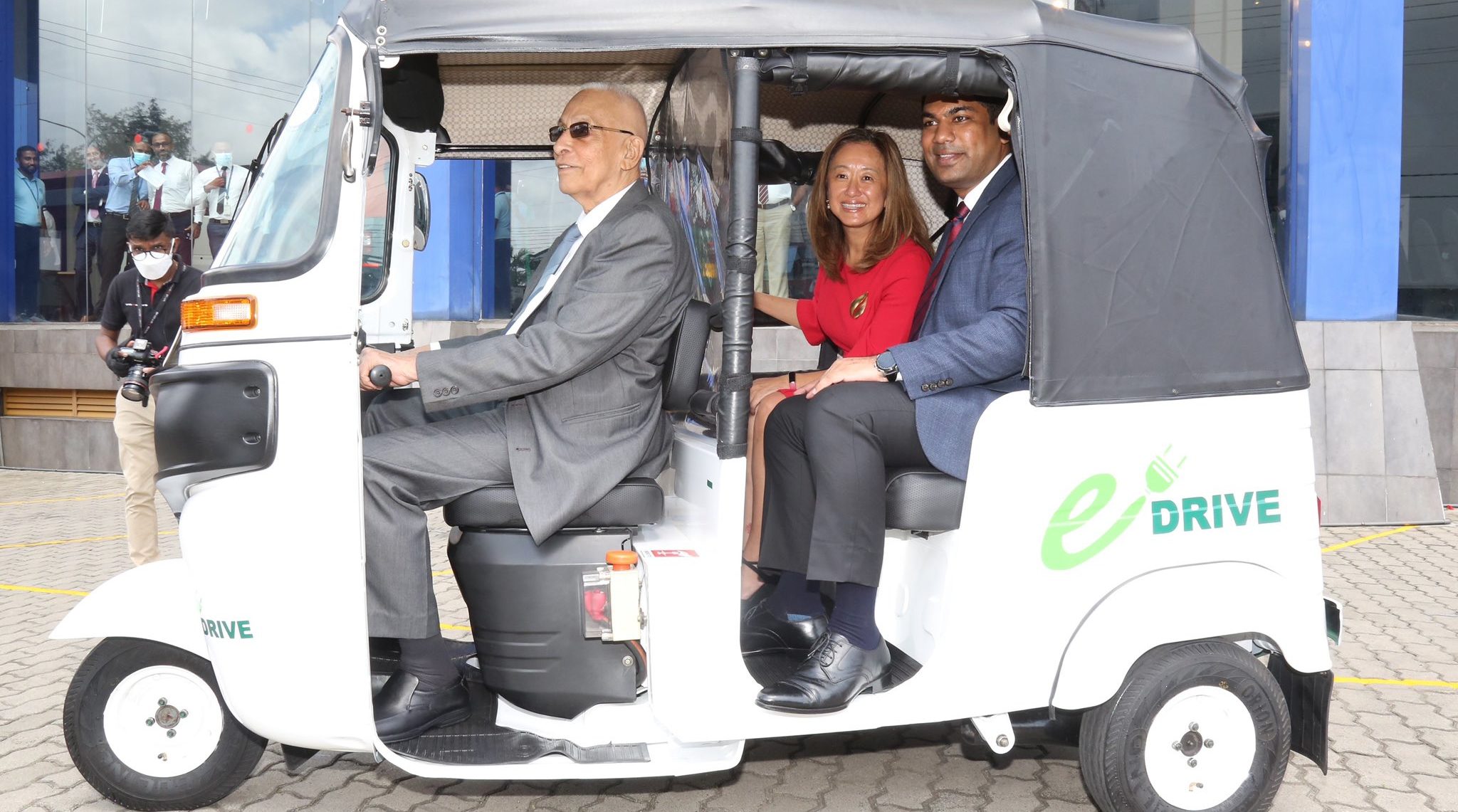 
ECONOMYNEXT – Sri Lanka’s energy ministry has partnered with a local motor mechanics company and USAID to convert three-wheelers run on petrol to electric three-wheelers with a view to easing fuel consumption in the country amid an ongoing fuel crisis.

The move also aims to promote a greener transportation sector, a statement said.

On August 16, USAID Sri Lanka’s energy programme and David Pieris Motor Company (DPMC) signed an MoU to facilitate the electrification of  three-wheelers in the country.

Under this partnership, DPMC will convert internal combustion engine three-wheelers to electric three-wheelers and offer after sales services through their islandwide service centers.

Meanwhile USAID will provide technical assistance to DPMC and establish a network of charging stations for three-wheelers.

“DPMC is deeply committed to ensuring the successful introduction of the electric three wheelers,” Rohana Dissanayake, DPMC’s Chairman and Managing Director, said in a statement.

The company has converted several similar prototypes since 2016.

“With support from the USAID Sri Lanka Energy Programme, we are confident that the infrastructure required to ensure market acceptance and commercial viability can be established,” said Dissanayake.

“These vehicles could be charged using any 13/15AMP domestic socket therefore the tuks can be charged using both on or off grid (solar)depending on the owner’s power source. It is proposed that charging stations will be run on solar,” an official at DPMC said.

The tuks can run up to a 100kms from a single charge.

The partnership aims to attract both new drivers as well as to convert existing ones.

However, DPMC has not decided on a price yet.

The partnership between USAID and DPMC to electrify three-wheelers is  innovative and exciting, and it stands to greatly benefit Sri Lanka’s economy.  Plus, sustainable energy projects like this program help create a greener future for all Sri Lankans,” said US Ambassador to Sri Lanka Julie Chung in a tweet on Wednesday. (Colombo/Aug17/2022)