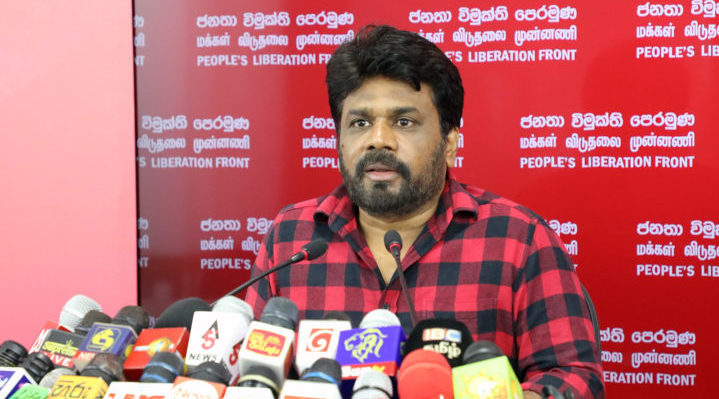 ECONOMYNEXT – Sri Lanka’s opposition Janatha Vimukthi Peramuna (JVP) has questioned the motives behind a letter attributed to the country’s police chief about a possible foreign-backed terrorist attack and a separate attack on politicians allegedly plotted by the JVP and other opposition groups.

JVP leader and National People’s Power (NPP) MP Anura Kumara Dissanayake told reporters on Monday July 04 that the letter, written by Inspector General of Police (IGP) C D Wickramaratne to Defency Ministry Secretary Gen Kamal Gunaratne on June 27, has warned of a possible bomb attack in either the north or the south of the formerly war torn island nation.

According to Dissanayake, the letter had referenced intelligence received about a possible attack on July 05 and 06 coinciding with the commemoration of the separatist and now defunct Liberation Tigers of Tamil Elam (LTTE)’s suicide attack unit known as the Black Tigers.

Dissanayake claimed, citing the IGP’s letter, that the supposed attack might be carried out with the participation of a foreign spy agency and made to look like it was the work of the LTTE. Local VIPs and officials of international organisations currently stationed in Jaffna have already been advised not to attend any event planned for July 05 or 06, the JVP leader said reading the letter.

“The government must clearly communicate to the public the information they received and how and from where such information was received.

The MP claimed that the letter also references alleged information of a planned attack on political leaders by the JVP and other opposition parties.

“This letter is absolutely comical. The government is trying to instill fear in the people and put various labels on political movements,” he said.

Dissanayake said such alleged tactics on the part of the government will not stop the people. He said that it is also likely the establishment itself might willfully create the environment for violence by the very act of issuing such warnings.

Sri Lanka is in the throes of the worst economic crisis in its 74-year post-Independence history, with unprecedented forex shortages leading to crippling shortages of essentials including fuel. Though the vigour of the protests have somewhat dissipated, organisers are planning to tap into the heightened sense of anger and frustration among the people as they go through an unprecedented energy crisis which has seen an increase in daily scheduled power outages and miles-long queues for petrol and diesel. The JVP has been organisng its own protest rallies and marches around the country.

Government MPs, some of whom were at the receiving end of retaliatory mob violence after government supporters launched an unprovoked attack on protestors on May 09, have accused elements associated with the JVP and the Frontline Socialist Party (FSP) of being behind violent attacks on government MPs. One parliamentarian, Amarakeerthi Atukorale, was killed by an angry mob on his way back home May 09 afternoon.