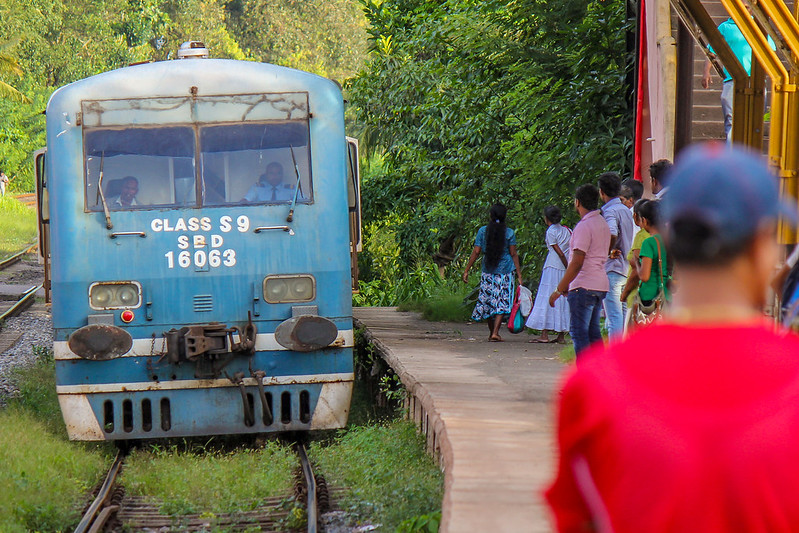 ECONOMYNEXT – Sri Lanka’s Trade Minister Bandula Gunewardene said he had sought cabinet approval to save state railway employees who refused to collect revised tariffs under the trade union action, earning the wrath of his colleagues.

Sri Lanka’s cabinet of ministers had approved a tariff hike and a gazette notice had also been issued but some Station Masters had refused to charge the new fares.

Gunawardena said, after realizing the reality of the situation, in order to continue the railway services and minimize the loss, the fares were increased to match 50 per cent of the bus fares in the country.

“Normally we have a 40-billion-rupee loss to the railway department annually. Because of this, we have questions about how to pay salaries. After the price increase, how can we purchase fuel in cash? If we cannot do that, even if we have drivers, guards and station masters, we cannot operate trains,” Gunawardena said.

Fuel is not being supplied for government transport services on credit any longer because the state-run Ceylon Petroleum Corporation is also making losses.

“We have a loss close to 100 million rupees per day. This loss is incurred by the general public who may not even use the railway services,” he said.

The gazette notification regarding the price revisions was issued on July 07, 2022.

“This is one of the greatest issues in the country’s history,” Gunawardena said.

He questioned who will take the responsibility for the loss the government is making if officers and unions refuse to implement the fare and duty hikes on the grounds that those rates are too high for the general public.

He said through the department secretary that union members were requested not to take sudden actions.

“We begged the unions to come for discussions rather than going for sudden union actions,” Gunawardena said, as the minister in charge, he was questioned on why the fees were not collected even after a gazette notification was issued.

“If they go to the court regarding this matter, with all these laws I will also get into trouble,” replied.

Gunawardena said that the price revision was not implemented for various reasons that included the sudden nature of price revision and implementation, the miscommunication of implementing it and some station masters were on off-duty due to the fuel crisis.

He said the government should bear the losses for failing to implement the price previous on time without blaming the trade union.

He says if these continue further, the railway operations will have to be stopped despite the authority in charge. (Colombo/July26/ 2022)

Kamikaze aunt and other stories – By GEORGE BRAINE