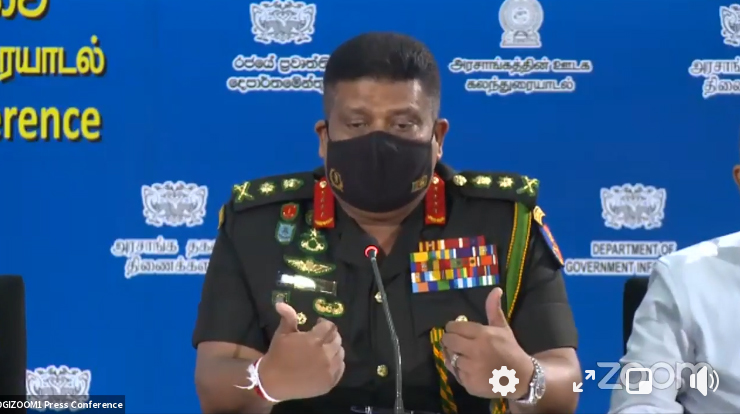 “At the tri-forces are working to protect the people, we are asking you very kindly to think intelligently and act calmly,” General Silva told reporters.

“We have to go forward as a country. We cannot only fight and kill and burn. What has happened has happened. We as the tri-forces are asking the people to be calm at this time. Do not damage public or private property.”

“Please give the first place to humanity. At all times there is no intention to do anything to peaceful protests. No we are earnestly asking not to behave in a violent manner.”

Earlier on Monday loyalists of Mahinda Rajapaksa who had been bussed to Colombo stormed the site of the main peaceful protest site in the capital Colombo after attending a meeting at the official residence of the Prime Minister.

Protestors on several locations then blocked roads and prevented the buses from leaving Colombo overturning several, pushing them to lakes and sometimes assaulting their occupants.

House of several ex-Ministers were attacked and some burnt.

A nation-wide curfew had been declared. (Colombo/May09/2022)

What are beta Blockers & who should take them?-Dr Harold Gunatillake

‘If Rajapaksas Don’t Go, There Could Be Violence in Lanka; Country Is Bankrupt; Poverty Over 50%’