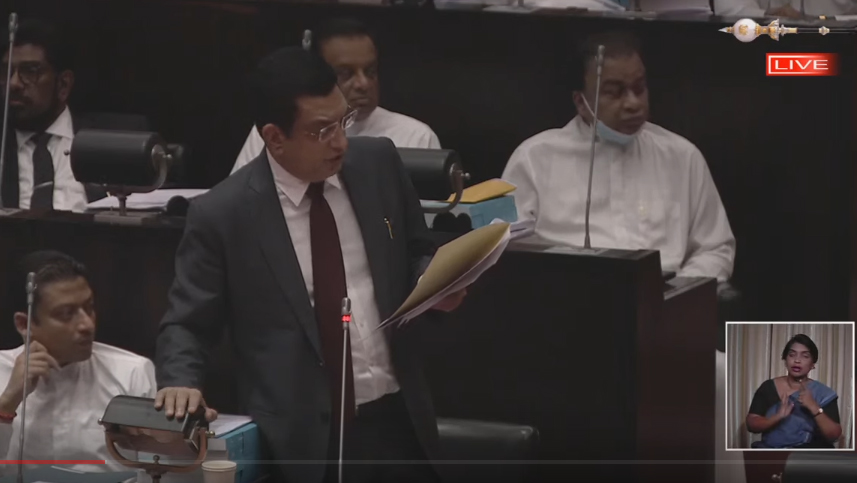 “There is a drop of about a million tax payers. It is a big problem,” Sabry said.

A day earlier Sabry said the December 2019 tax cuts were a ‘historic mistake’.

“The idea was to provide a stimulus to the economy and cut the path to development,” Sabry said. “But due to the Covid pandemic in 2020 the objective was not realized.”

Stimulus is a favourite tactic of mercantilists in the tradition of Keynesian dogma who do not believe in monetary stability for the poor or hard working people but thinks injections of money will boost activity.

Sri Lanka’s growth stalled after 2015 as the central bank triggered a series of currency crises after the International Monetary Fund taught the country’s intermediate regime central bank (soft-pegged) to calculate an output gap.

When an intermediate regime central bank prints money to keep rates down close the output gap, there is a balance of payments deficit and the currency collapses unless reserves are spent to the defend the currency.

The fiscal stimulus came after several years of low growth which the Finance Ministry said there was a ‘persistent’ output gap.

“The switching of resources from unproductive public expenditure to the private firms and individuals will be growth friendly in a context where there has been a persistent output gap,” the Finance Ministry said in December 2019.

“Higher growth will have a positive impact on the overall debt dynamics of the country as well.”

Under a fixed exchange rate (currency board) the money would have ended up back in the budget via higher bond rates and the futility of stimulus would have been soon realized.

To prevent the money released to the public from coming back to the deficit via Treasury bond and bill sales, the central bank put price controls on Treasuries auctions and crippled them, printing large volumes of money.

Analysts and classical economists have called for the central bank laws to be tightened so that the trigger happy economists in the country who do not want a single anchor monetary regime which provides economic stability (currency board or floating rate with no reserves) cannot print money or stimulus. (Colombo/May05/2022)

Junk awash in tsunami hit Sri Lanka. What the future holds for the nation and its people. – By Aubrey Joachim