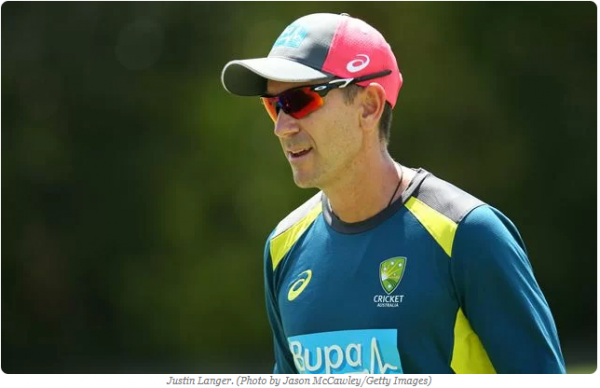 Former Test opener Justin Langer shockingly stepped down as the Australian cricket team’s head coach earlier this month after it was reportedly decided that he would be given an extension till the ICC T20 World Cup 2022 Down Under later this year where Australia would be defending their title. After his resignation, Langer did go on to mention that senior players and a couple of staff members were not convinced with having him as a result of which he decided to step down from the position.

Now, it has been reported that Sri Lanka are looking forward to hiring the ex-opening batter as their next head coach with Sri Lankan cricket legend Aravinda de Silva who is also is a member of the country’s cricket technical advisory committee willing to have a word with Justin Langer to know about his interest level of guiding the 1996 world champions. Sri Lanka are looking for a permanent coach to replace Mickey Arthur who had stepped down from the position in December last year. Former Sri Lankan pacer Rumesh Ratnayake is serving as interim coach for the Australian tour

If Justin Langer is available we would like to have a chat with him: Aravinda de Silva

“We are in the process of looking for a national coach. If (Langer is) available we would like to have a chat to him, to see his interest levels”, said de Silva as quoted as saying by the Daily Mirror.

At the same time, the veteran all-rounder also made it clear that Lanka needs a coach who can be a ‘father figure’ to the players of the inexperienced squad as they do not have any senior players at the moment.

“You need to understand the players’ mindset,’’ he said. “We don’t have any senior players such as the ones we’ve had in the past, Mahela (Jayawardene), Sanga (Kumar Sangakkara), Sanath (Jayasuriya), these kind of players. You need to basically have someone who understands and becomes a father figure and also to mitigate the language barrier”, he said.

Under Justin Langer’s coaching stint, the Aussies did go on to lose back-to-back home Test series against India in 2018/19 and 2020/21 respectively but, finished as the semifinalists in World Cup 2019, retained the Ashes on England soil later that year, won their maiden T20 World Cup in November 2021 and followed it up with an Ashes triumph Down Under with an unassailable 4-0 lead.