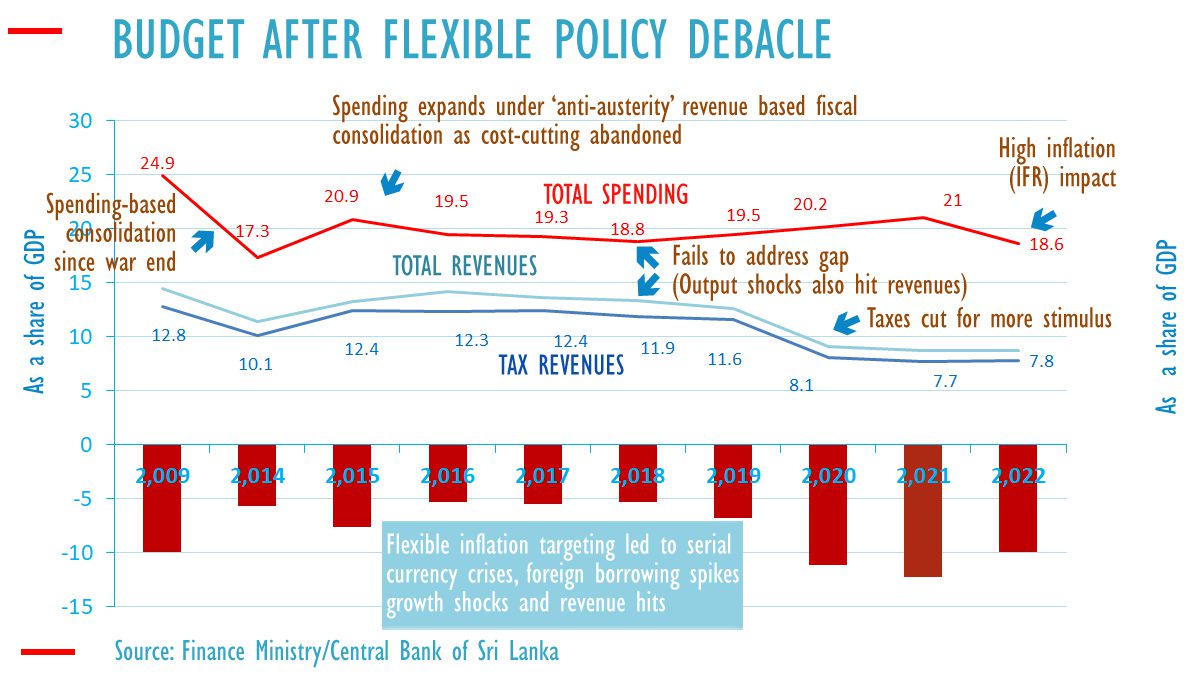 Sri Lanka will phase out CESS, a para tariff in three years starting from January 2023.

Ports and Airports Levy, another border tax will be phased out in five years.

Customs Import Duty on a total of 378 selected HS Codes will be revised the Export Development Board Act, No.40 of 1979, effective from November 15,2022.

A Surcharge Tax will be charged at the point of importation, on diesel, petrol and crude oil.

A new Value Added Tax Act will be introduced consolidating the amendments inhoduced from the year 2002 to the year 2022.

Crude estimate suggests that revenue forgone due to the VAT exemptions granted to various sectors, indcuding electricity, tsansport and fuel, is estimated to be more than 1 percent of GDP.

In 2022 the tax system was further complicated by a cascading social contribution levy, which applies on top of value added tax.

Commercial hub enterprises will be exempted from the the Social Security Contribution Levy Act, No.25 of 2022

Importation of any motor vehicle identified under Harmonized Commodity Description and Coding Numbers for Custom purposes and liable to Excise Duty under the Excise (Special Provisions) Act, No. 13 of 1989, will be exempted from Social Contribution levy with effect from 01.01.202

Equipment used by differently abled persons and the pharmaceutical product categorized under HS code 2844.110, will be exempted from SSCL.

Any business or project intends to engage in the commercial hub activities will be eligible for exemptions granted under the Strategic Development project Act, No.14 of 2008, if identified as Strategic
Development Project.

Exemptions under the commercial hub activities will be extended to bunkering services.

The definition of “bookmaker” in Betting and Gaming Lery Act wiJl be extended to include a person receives or negotiates bets on all type of sports event, including online betting.

A licensing mechanism for the business of bookmaker will be introduced, for a fee. Betting and Gaming Levy Act will be amended to permit the licensed bookmakers to register with Inland Revenue Department.

Provisions will be introduced to improve the clarity of income tax liability on dividend during the period from October’1.,2022 to the effective date of the Inland Revenue (Amendment) Act, 2022, as follows:-

i. exempt dividend received or derived by non-residents during that period

ii. apply income tax rate of 15% for dividend received or derived by residents during that period

Income eamed by non-resident persons from engagaing in Govemment projects approved by the Minister of Finance taking into consideration the economic benefit to the country, where such project is totally funded from foreign grants.

lt is noticed that some State0wned Enterprises (SOEs) are still paying the PAYE / APIT tax liability of employees. This issue has also been questioned at the Committee on Public EnterPrises (COPE) and by the Auditor General as well.

Hence, I propose to sto such payments effective from 1 January 2023,