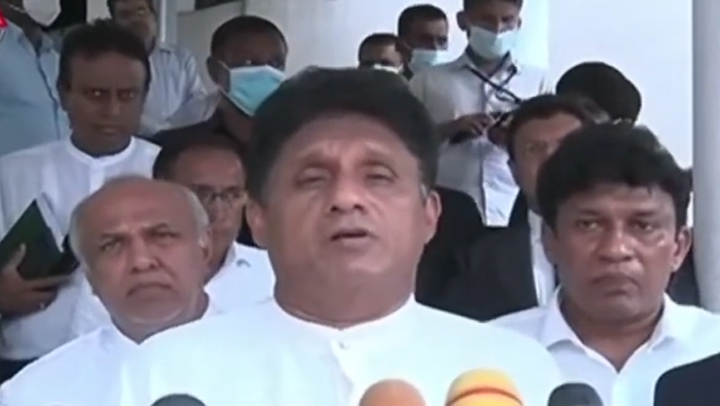 ECONOMYNEXT – Sri Lanka’s executive presidency must end for progress on other matters leader of the main opposition leader Sajith Premadasa of the Samgi Jana Balawegaya said Sunday after meeting a lawyers group.

“We must clearly say the main reason for the current crisis in the dictatorial executive presidency,” Premadasa said Sunday after meeting the Bar Association of Ceylon which had earlier presented a series of proposals which the opposition said it would take into account.

“This autocratic presidency must end immediately. We have said that clearly. We are not willing to move away from that foundation.”

“We are inviting the BASL to play a supportive role in a transparent way to take this forward. We are mindful of the pain of the people.”

Premadasa said the BASL is to meet President Gotabaya Rajapaksa on Sunday.

Around 40 legislators who said they were independent of the ruling coalition including the Sri Lanka Freedom Party of ex-President Maithripala said Saturday they will support a no-confidence motion brought by the SJB, provided the party is willing to take-over.

On Saturday party officials said they were willing to support national program based on a series of proposals made by the BASL.