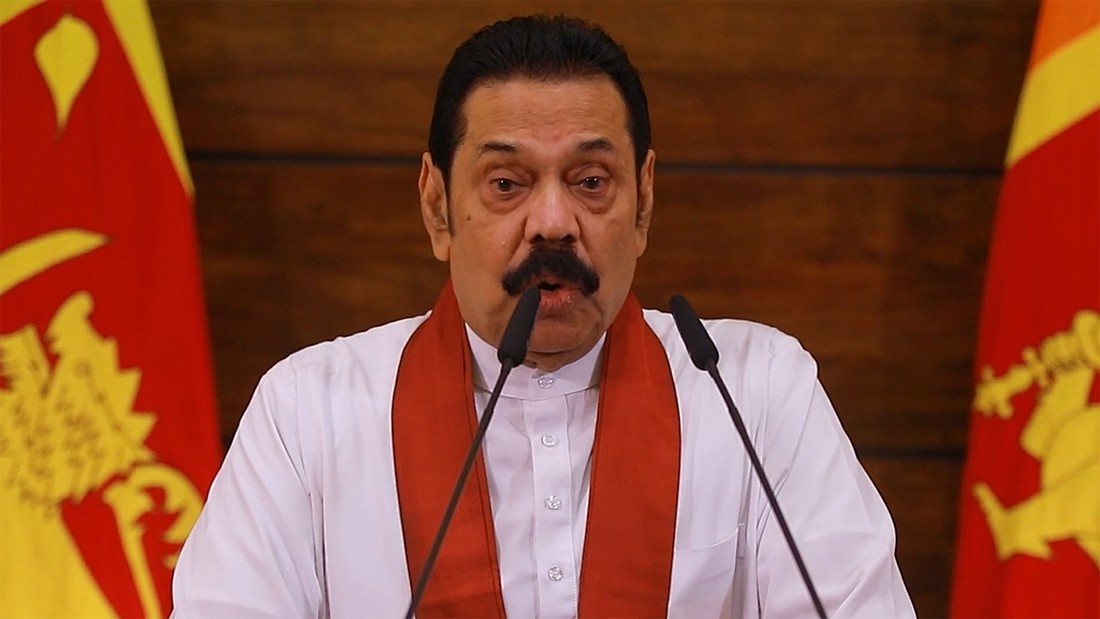 ECONOMYNEXT – A magistrate court in Sri Lanka issued travel bans on 17 individuals including ex-Prime Minister Mahinda Rajapaksa, his son and MP Namal Rajapaksa and nine other government MPs as well as a senior police officer on Thursday (12) over an unprovoked attack on peaceful anti-government protestors on Monday (09).

Senior Deputy Inspector General (SDIG) of the Western Province Deshabandu Tennakoon is also in the list of people the court held need to remain in the country for investigations into Monday’s violence.

A number of government MPs’ homes and offices were torched by angry mobs around the country Monday and Tuesday, in a wave of spontaneous violence that was triggered by a widely condemned attack on anti-government protestors by supporters of former Prime Minister Mahinda Rajapaksa.

Rajapaksa, who was evacuated from his Colombo official residence Temple Trees Tuesday morning is now at a naval base in Trincomalee under heavy guard, according to Defence Ministry Secretary Gen Kamal Gunaratne.

In a televised address to the nation, President Gotabaya Rajapaksa Wednesday (11) evening said action would be taken against the instigators of Monday’s “incident”.  (Colombo/May12/2022)