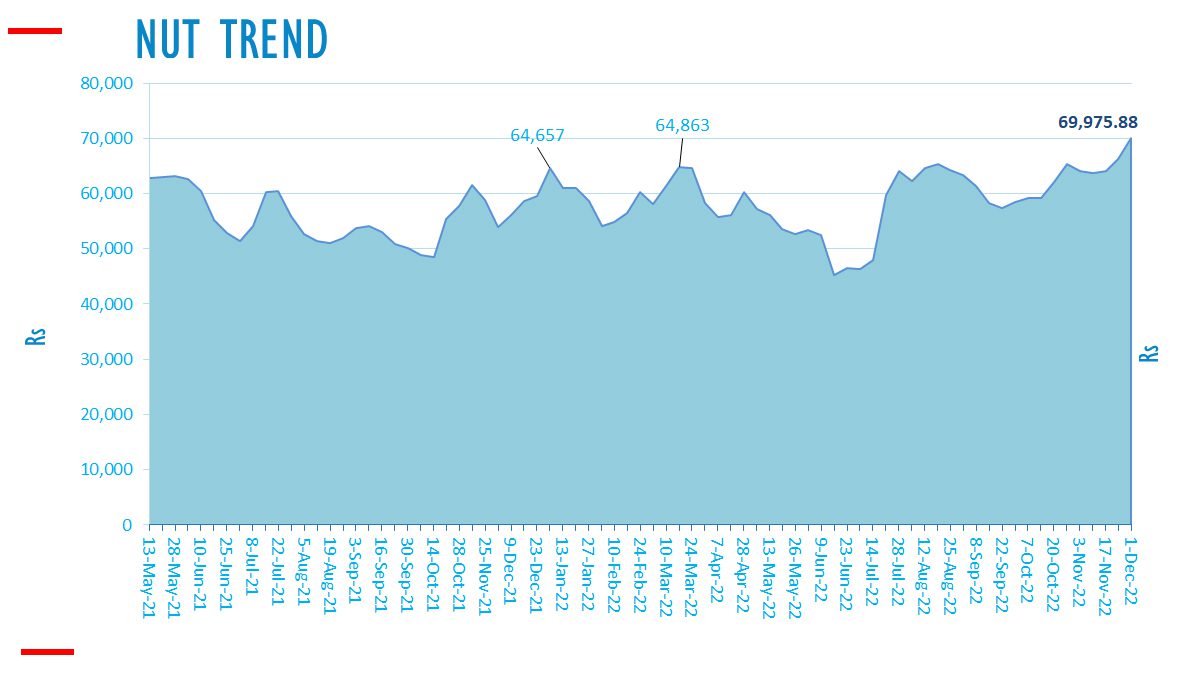 Coconut prices have risen 5.6 percent over the past three weeks.

Most food prices in Sri Lanka have almost doubled since macro-economist printed money for two years to suppress rates and the rupee collapsed from 200 to 360 to the US dollar.

Sri Lanka does not export raw coconuts directly but most of the buyers at the auction are from the desiccated coconut industry. (Colombo/ Dec 04/2022)