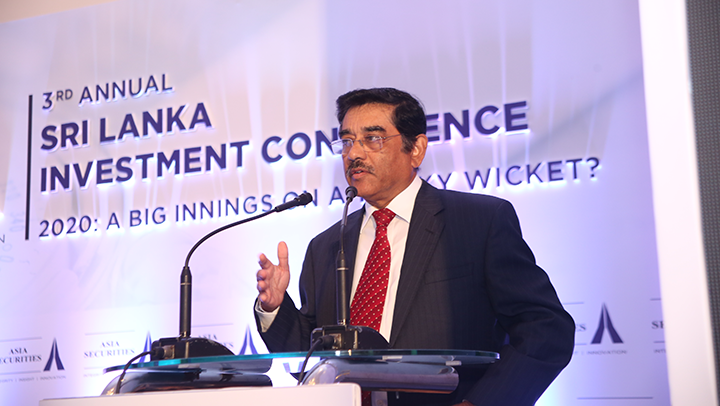 ECONOMYNEXT – Sri Lanka Central Bank Governor Nandalal Weerasinghe threatened to resign if the country’s leaders cannot ensure political stability as it is crucial to come out of the ongoing economic crisis.

“I have told all political party leaders that if they can’t ensure political stability, there is no point of remaining as central bank governor,” he told a media briefing in Colombo on Wednesday (11).

“It is not about me. Even if another person comes to this position, he won’t be able to handle the current crisis.”

Sri Lanka has already suspended foreign debt repayment since April 12 as it has run out of reserves.

There is not enough reserves to import essential items for even two weeks, he said.

Weerasinghe was appointed early April after former central bank chief Ajith Nivard Cabraal resigned on April 03 after the cabinet quit in the face of protests across the country.

Since Weerasinghe took over, the central bank has raised policy rates by 7 percent, allowed the risk-free government treasury bill yield to more than double to 23 percent.

He along with Finance Minister Ali Sabry and Treasury Secretary Mahinda Siriwardena took part in the initial discussions with the IMF for a loan programme.

While the central bank can implement monetary policy and officials can advice on fiscal policy, the actual tax changes have to be decided and approved by the cabinet of ministers and parliament.
(Colombo/May11/2022)