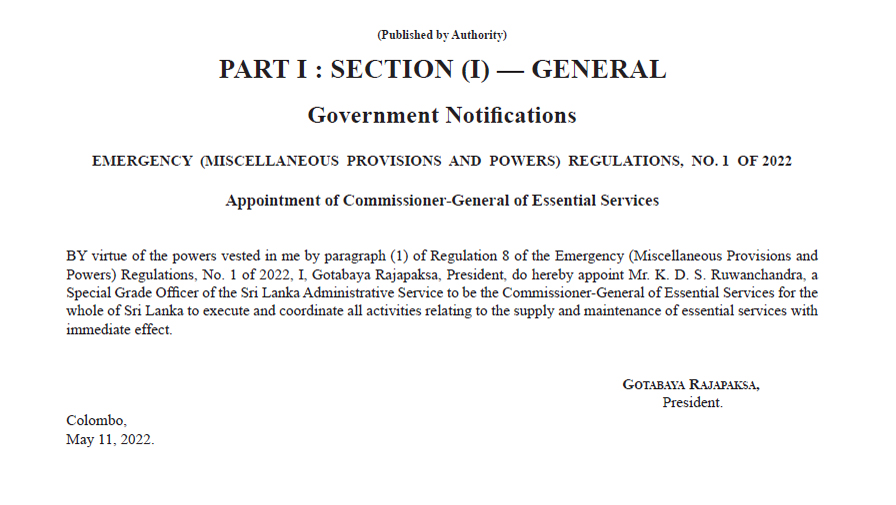 Rohana Pushpakumara, former Secretary to the Ministry of Agriculture and Ranjith Ariyaratne, Postmaster General have been appointed as Additional Commissioners.

Secretaries from 25 districts have been appointed as its coordinating officers.

President Rajapaksa invoked emergency regulations on May 06. They have to be ratified by May 17 in parliament.

The Interminable Patriot is no more! – by Dr. Tilak S. Fernando