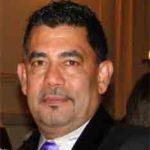 Just a couple of weeks ago, I was one of a few million people who enjoyed the theatrics of Shane Warne on Foxtel’s coverage of a T20 game between Australia and Sri Lanka.

The legend and undoubted King of leg spin was needling one of his partners in crime, Mark Waugh in the commentary box, siding with the Lankans who were in low ebb after the series had been decided, suggesting he was moving across to the Sri Lanka dressing room.

Warne openly professed on that day, after being quizzed by co-comentator Brandon Julian, about his love for Sri Lanka and it’s people who openly embraced him during his success while touring with the Australian team.

“I love the Sri Lankans and their people and their warm hospitality, it’s a special place in the world for me and my family” he said.

Obviously in jest,  he then questioned Waugh whether he would be allowed back into the Australian dressing room if the game, heading at the time in Sri Lanka’s favour changed, to which Waugh retorted,  “no way”.

This was the kind of banter he generated together with the expert commentary team on Foxtel which had fans glued for its entertainment outside the game.

A fierce competitor on the field and a larrikin of it, Warne etched his name as one of the most inspirational cricketers the world has ever seen.

His insightful and fearlessness forthright comments attracted controversy and respect.  He possessed an incisive cricketing brain. Many believe he should have captained Australia.

His contribution to Australian cricket parallels the golden era of sadly departed Rod Marsh and Dennis Lillee who kept the Aussies at the pinnacle of world cricket.

Warne’s legacy will never be paralleled his credentials include, reviving the art of leg spin and taking to another place with his unique skill. He captured 708 wickets in Tests only second in the world to Sri Lanka’s off spinner Matthias Muralidaran who had 800.

Hid contribution off the field was remarkable,  always ready to guide the generation of leg spinners after him immaterial of which country they represented.

As a humanitarian, Warne will be revered forever by Sri Lankans for his selfless contribution to Sri Lanka when the Tsunami devastated many parts of the country. His favourite ground in Sri Lanka was Galle in the Island nation’s South which gave him his best memories which kick started a fantastic career.

He was quick to respond to his mate Muralidaran’s plea for help and was instrumental in raising much needed funds through some of his personal channels and the Victorian government.

In 145 Tests which began in 1992, against India at the SCG Warne accumulated 708 wickets including 37 five wicket hauls and captured ten wickets on ten occasions.

He snared 293 scalps in 194 one day Internationals. His contribution to Australian cricket was numerous including winning the World Cup in 1999 and captured the most number of wickets on the Ashes series, 195.

His efforts also saw him inducted into the ICC Hall of Fame in 3013 and he  was named one of Wisden’s five cricketers of the century.

He led the Rajastan Royals to the inaugural IPL  edition as Captain and Coach.

Shane Warne leaves behind a legacy that Australia and the cricketing world will be proud about for his contribution to the sport and most importantly that life has to have a balance out of it. In all these respects, he was one of a kind.

May the turf he so loved, lay lightly on him.