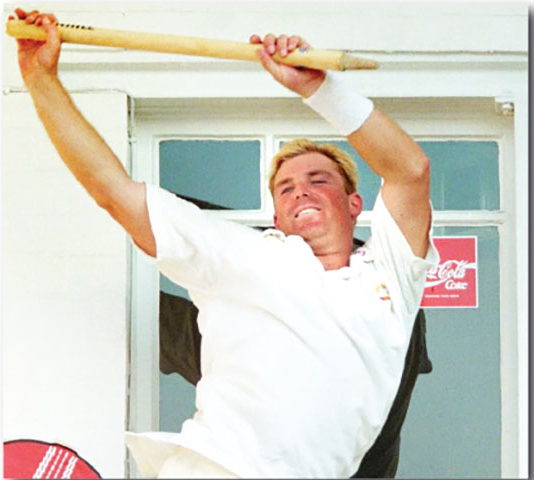 There are great cricketers for whom cricket lovers worldwide haricketersve a feeling of deep affection and respect. This feeling of affection is unique in that it is while they are still playing international cricket, scoring runs and taking wickets even against the team you support and not when retired from the game.

There is not even a whiff of controversy surrounding such cricketers either in terms of how they conduct themselves on the cricket field or outside. They are often cited as great ambassadors of the game and their country and looked upon as budding cricketers’ role models. The criteria being they were exceptional players with unblemished reputations. In the last half a century, cricketers like David Gower, Sachin Tendulkar, Rahul Dravid and our own Mahela Jayawardena and Kumar Sangakkara would be included in the list.

We also get cricketers of exceptional ability allied with greatness but with tainted reputations on the other end of the spectrum. During their playing days, they made headlines for their exceptional performances on the field of play and their exploits off the field. Not many will argue that they were geniuses who we all loved to watch and at the same time loved to hate. It was a classic case of a love-hate relationship. When they played, we watched them intensely as they could play the most outrageous innings or bowl the impossible delivery or a bowling spell that we cricket lovers dreamt of when we were young. They could change the course of a match within a few hours. In my mind, Ian Botham and Shane Warne would fall into this category, whilst Ian Chappell and Arjuna Ranatunga would qualify for their playing abilities and leadership qualities.

The untimely passing away of Shane Warne has caused an outpouring of anguish that has transcended all our prejudices and nationalistic loyalties. The cricketing fraternity and lovers of the game genuinely grieved at the loss of one of the most iconic cricketers. That he was only 52 was a further cause for our shock and pain.

There is no doubt that Shane Warne ticked all the boxes when it came to being judged as an all-time great of the game. No one will argue that he was responsible for the renaissance of spin bowling in international cricket. The West Indian pace quartet had dominated world cricket for nearly two decades, decimating the opposition even on the most docile of pitches. The sight of a fast bowler delivering a ball at an extreme pace instilling fear on the batsmen appealed to our primal instincts.

However, after two decades, many of us yearned to watch the intellectual battle of a spin bowler weaving a web around a batsman and ultimately catching his prey. So, the advent of a young, blond, slightly overweight Australian by the name of Shane Warne captured the imagination of the cricketing public. That he delivered the “ball of the century” bowling his first ball in an Ashes test match in England is part of the cricketing folklore. It was undoubtedly the dream ball pitching outside the leg stump and hitting the top of the off-stump. That delivery defined Shane Warne, which surely added to the man’s glamour.

His gregarious personality was unusual for a spin bowler. He was never short of a word of advice to a batsman, and his constant banter was part of his strategy to get into the batsmen’s mind. No one who witnessed the last over battle between Warne and Basit Ali of Pakistan, who was a combative player in his own right, will forget how he conned Ali to play a sweep and get bowled behind his legs off the last ball of the day.

Before that, Basit Ali had been safely padding away the leg breaks pitched outside the leg stump. Just before delivering the last ball of the day, Warne delayed the batsman by having a mid-pitch discussion with Ian Healy, the wicketkeeper, which went on for ages. The batsman and all of us watching the game thought it was to discuss a grand plan to get the batsman out. However, according to Warne, the discussion was about where they will go for dinner after play! Nothing to do with Basit Ali. There is no doubt that he conned Ali big time. It was absolute theatre.

Warne took 708 test wickets and a further 293 in one-day internationals. He was also a handy batsman who scored 3,154 test runs and caught 125 catches in 145 test matches.

As Sri Lankans, we remember Shane with gratitude for his work after the Tsunami for those affected and for raising funds to rehabilitate the Galle cricket stadium. That he spun out our batsmen and led Australia to a clean sweep is now forgiven!

In an interview done a few years back, when asked to list his great achievements, he said, “being a great father.” Likewise, his children have paid tribute to Warne for being a great father. Unfortunately, we judge our sporting heroes too harshly without being aware of all the facts at times.

Ian Chappell, in my view, summed up the impact of Shane Warne by saying, “everyone put down their mug of beer when Shane started to bowl.” For me, that basically sums up the impact that this genius of a cricketer had on the game and all of us. May he rest in peace.

When to visit Sri Lanka: the best times to go for the beach, the festivals, and to beat the crowds