The newly appointed President of the Netball Federation Ranjini Jayakody has no affiliation to any political party has been an administrative officer in many government, departments, ministries  in particular connected to sports not long ago .She has held the prestigious position as the Director General of Sports in the ministry of sports.It is well known about her extensive ability to discharge duties impartially. It is proven beyond much doubt that Ranjini Jayakody is held in high esteem during the time she had held many sensitive matters triumphantly. She had affirmed that she had already showed her mettle beyond much doubt in whatever responsibilities she was entrusted upon before been appointed as the President of the Netball Federation. Her primary desire is to elevate the current standards of Netball.At a recent interview she had quipped that she had been appointed to produce results and not to talk as many do after been appointed to such portfolios.

It was in year 2011 a decade ago she was appointed as the head of the department of sports where there were more than fifty types of sports bodies and associations under her purview during which time she had premeditated in providing infrastructure facilities which was of a prime need.It was during the tenure she had learnt the manner to administer the activities of a Federation or an association.This experience already gained and her expertise she had pledged would come in very advantageous and useful for the game Netball. Ranjini Jayakody had played Netball while at school and while in the University too hence had boldly challenged that no one could hoodwink her.Ranjini has had the expertise and knowledge on all places of the netball players.She is also assisted with the committee members of the Federation who too have been former senior Netball players.Ranjini also had an issue to sort out in finding a competent coach to which she had unanimously chosen Hyacinth Wijesinghe having played for Sri Lanka for over fifteen years having represented the country in one hundred and fifty games. Ranjini also has in her mind another talent in Thilaka Jinadasa who is also a capable coach also a having multiple talent in other sports as well, who too has been invited to join the coaching panel. 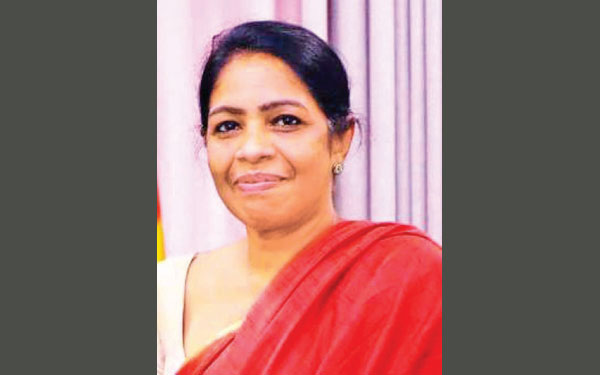 After been appointed the President of the Netball her first phase was the talent search, she had done in outstation districts like Matara.Kurunegala,Badulla,Kandy,Killinochchi,Kandy and Jaffna.In this manner promising  110 netball players were selected to a pool .Ranjini had reiterated that the international trade mark of Sri Lanka netball is Tharjini Sivalingam to her the Federation had not provided sufficient facilities for her.With her height she finds transport is a barricade which Ranjini had vouched to sort out.She also confessed that this need would be provided to other players as well.During an interview she was asked about the Judges who are not spot on to which she disagreed. But the Federation would focus attention to that area too. She was also questioned about the standards in schools to which she quipped that it is the breeding ground and it needed to be focussed on by providing the needed facilities and encouragement.