Nuwandhika, a phenomenal vocalist possessing abundance of flair already in the zenith of fame – by Sunil Thenabadu
Advertisement 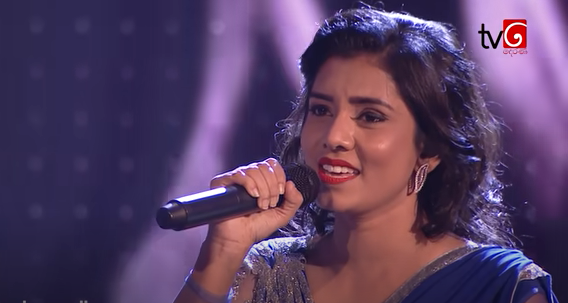 Behind all the songs and music that we hear, there are some untold stories. Stories of those musicians who dedicated their lives to music. Stories of each of their career paths are identified by only them. In a competitive and saturated industry like music, one needs a lot of luck to thrive. What are the qualities behind the success of famous vocalists .Nuwandhika Senarathna  is one who would certainly  thrive in this industry for innate skill, her dedication and passion. Many commence music as a passion but to transform passion into a career is a path of a struggle which Nuwandhika is achieving with complete dedication and hard work which is the only way to stardom and to be fruitful. The foremost characteristics needed to be successful are confidence, practice, modesty, perseverance, not giving up which are all possessed by Nuwandhika.

Nuwandhika Senarathne appointed as a “‘Brand Ambassador for SLT Mobitel ”presently a household name among all music followers in Sri Lanka after her triumph at the gruelling Derana Dream star, Season 09.Though many predicted Nuwandhika to win the coveted Dream Star trophy she had to be contended with runners- up trophy perhaps as the winner was determined on SMS polls.

Nuwandhika was born as the only child to humble parents Sunil Senarathne and Kusum Herath on 23rd June 1993 has now established herself as a playback singer with innate abilities without any hereditary affiliations. She is renowned as a performer of Soprano Opera and Ghazals as well.

Nuwandhika hails from a rural town Narammala in Kurunegala was sent to Mayurapada Primary School in Narammala,later completed her secondary education at Mayurapada Central College,while a still a teenager in year 2011 completed music Visharad Diploma.Thereafter to pursue her career in music had entered for higher music studies to the University of Visual and Performing Arts where she underwent studies in western music .Nuwandhika had completed with Bachelor of Performing Arts  having specialized in western music with  a second class upper division honours degree Nuwandhika continues her passion for music enduring  her further studies with her intention to complete her Masters of Philosophy (MPhil) degree from the University of Kelaniya.

Concurrently Nuwandhika with her singing skill has triumphed in passing the audition to become a “A” grade vocalist at the Sri Lanka Broadcasting Corporation.

Nuwandhika with inborn aptitude and flair had commenced to learn music formally when she was barely ten years old.She had triumphed in many music competitions. In year 2011 she won first place in an all-island Calypso competition. As a talented exponent of Ghazals she entered into Saundarya Abhimani, a division of Ghazal in a competition for which, she won a grand prize of full sponsorship to represent her university in the south Asian music festival in India.She was a well-accepted young vocalist, was invited to South Asian Inter university music festival as well in year 2019.

After Nuwandhika’s triumph at the Derana Dream Star season 09 gruelling contest where she sang songs of diverse flairs she became an instant singing obsession a sought after idol for music extravaganzas’, concerts etc .She was invited for a number of musical programs in several media, television and radio.She performed flawlessly in programs like SLRC’s  “Sihinayaki Re”, Swarnavahini ‘s “Mathra”etc.In addition she is often invited for many music recitals, concerts. Recently she was invited to Dubai to sing in a concert with so many invitations are pending for overseas shows.

Nuwandhika had voiced many of her own solo songs and duets in the recent past had been a very demanding with hectic rosters particularly in the latter part of the year 2020 after her dream star campaign..For the FM derana radio drama she voiced the theme song “Apoorva” a duet with Raween Kanishka.Later in year 2021 she was further pushed into the community domain with the theme song “sihinayak mewna for the tele drama “Iskole” telecast on TV Derana.Then again in late 2021 she voiced the theme song “malen upan samanalee” duetting with Raween Kanishka for the popular tele drama “deweni inima” for which there had been a record ten million viewers for just three months.Earlier on Nuwandhika duetted with Supun Perera for the “sanda diya salu” movie directed by Channa Perera.Nuwandhika also had voiced  as playback singer for the movie’Kabaddi”.In this scenario she is been a hunted vocalist for many tele dramas and films possessing a screen voice.

It would be the fervent hope and wish of all music fans in Sri Lanka for Nuwandhika to forge ahead to reach the pinnacle of fame in her musical journey with more expertise acquired from her advanced music studies which she is pursuing currently in the Kelaniya University with her Masters of music Philosophy MPhil .

I volunteered in Sri Lanka after being retired in Australia: Sri Lankan doctor and the Order of Australia Award recipient says to SBS Sinhala