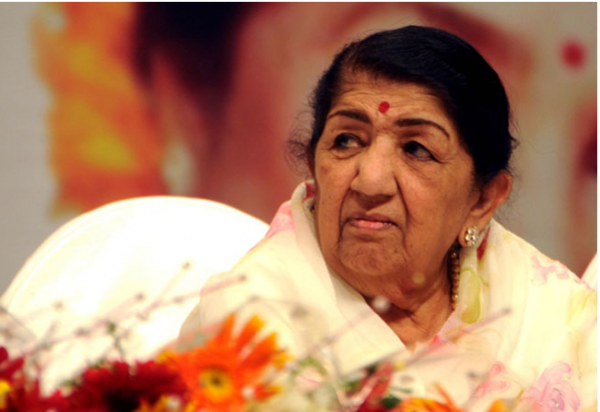 NEW DELHI, February 6: India’s legendary playback singer Lata Mangeshkar passed away in a Mumbai hospital on Sunday after a prolonged illness, including Covid complications. She was 92.

Muse to some of Indian cinema’s greatest composers, recipient of the country’s highest civilian honour the Bharat Ratna, and the embodiment of Indian femininity on the movie screen for over 50 years, she breathed her last in a hospital, where she was admitted a month ago after testing Covid-positive.

Born in 1929 to Marathi classical singer and theatre actor Pandit Deenanath Mangeshkar and his Gujarati wife Shevanti in Indore in Madhya Pradesh state, Mangeshkar has sung for over seven generations of female actors in India, with her voice often being described as ‘virginally pure’ and her playback for an actress symbolic of the latter having made it in Bollywood, particularly through the 1960s and 70s when the singer was at her peak.

The eldest child of the family with sisters Meena, Asha, and Usha, and brother Hridaynath, all accomplished singers and musicians, Mangeshkar began her career at the age of 13 after her father’s death by singing for a Marathi film called Kiti Hasal (1942). Her move to Mumbai in 1945 was followed by small numbers in a few movies until the big breakthrough happened with “Aayega Aanewala” composed by Naushad and picturized on Madhubala in Mahal (1949).

Mangeshkar had the unique distinction of singing for around seven different generations of female actors: Madhubala and Nimmi in the 1940s, Meena Kumari , Nargis and Nutan in the ‘50s, Waheeda Rehman, Asha Parekh and Sharmila Tagore in the ‘60s, Mumtaz, Hema Malini , Jaya Bhaduri and Zeenat Aman in the ‘70s, Sridevi and Rekha in the ‘80s, Juhi Chawla, Karisma Kapoor and Manisha Koirala in the ‘90s and Preity Zinta and Kareena Kapoor in the 2000s.

Together with sister Asha, who was known for more sensuous songs compared with the older sister’s simple chastity, Lata Mangeshkar was widely notorious for her monopoly over the film music industry during those years. Legend has it that composers such as Hemant Kumar and Madan Mohan had waited for the singer to recover from her illness and sing for their films Bees Saal Baad (1962) and WohKaun Thi (1964).

The songs she sang after her doctors once declared that she would sing never again, such as Kahin Deep Jale Kahin Dil in Bees Saal Baad and Naina Barse in Woh Kaun Thi are considered Mangeshkar’s milestones. For singers and musicians who had not been treated as stars in India until then, she had brought a unique status and stardom during those years, aided by the growth and popularity of the radio.

Widely respected in the Indian film industry and affectionately called ‘Didi’ (elder sister) by all, Mangeshkar recorded songs in several thousand films across 36 regional Indian languages and foreign languages, primarily in Marathi, Hindi, and Bengali. She remains an enduring memory thanks to her signature white sari clad figure and her songs notching up views and streams endlessly across streaming platforms for newer generations to discover her.

She has also composed music for a couple of Marathi films and produced four movies, including Gulzar’s Lekin (1991). Among her exhaustive charitable work is a hospital in her father’s name in Pune called Deenanath Mangeshkar Hospital and Research Centre.

Lata Mangeshkar, who remained unmarried, is survived by a large family, including her siblings and their children and a legion of fans across the world who would today swear by the words that poet and music director Naushad had once written for the singer: “The very heart of India throbs in your voice.”

And to attend her funeral.

Tributes came in from Prime Minister Narendra Modi and countless number of celebrities and ordinary admirers from all over the world. India declared national mourning in her honour. She was laid to rest with military honours. Modi flew down to Mumbai to bid her farewell.