Let There Be Peace On Earth (lyrics)
Advertisement 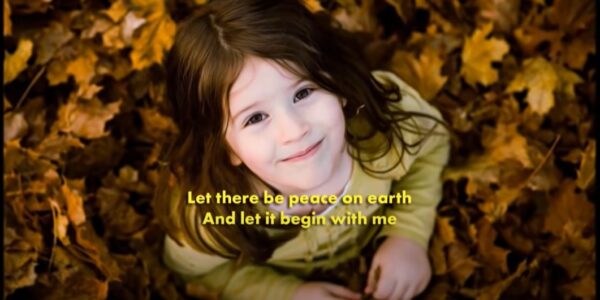 Music for a peaceful mind. “Let There Be Peace On Earth” -Sang by Vince Gill Written by Jill Jackson Miller (1913-1995) American singer, actress Jill Jackson’s early life was filled with tragedy and self-doubt. Although she had moderate success as a film star, she tried to kill herself after her marriage fell apart. Her unsuccessful suicide attempt led to a deep spiritual awakening, and after marrying songwriter Sy Miller they co-wrote the 1955 classic song of hope, “Let There Be Peace On Earth and Let It Begin With Me”. She called this song, “life-saving joy of God’s peace and unconditional love.” (Source: wikipedia)

SUNDAY CHOICE – IS YOUR CROSS TOO HEAVY TO BEAR?

Peter, Paul and Mary – Where Have All the Flowers Gone (25th Anniversary Concert)