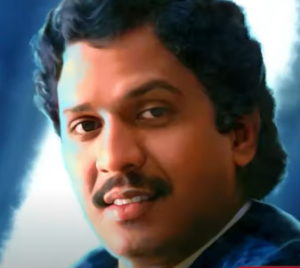 A sought after singer or a talented singer should possess a number of characteristics like a good singing voice ,self-confidence, a passion for music, commitment and patience, determination and discipline. All these traits are possessed by Kumarasiri Pathirana.But the manner Kumarasiri came into the musical arena  triumphing over the years is a quite a diverse story.Kumarasiri is a native of Polonnaruwa had asserted that when he was barely four years old had possessed a terrific flair for music having in born talent without any hereditary affiliations.He has had a tremendous aptitude for singing and musical instruments. He had affirmed that he had possessed innate ability to remember words of songs very clearly. It has been added that he used to strike a chair with two sticks as if he was playing drums, ultimately becoming a drummer hailed in his school and musical bands in Polonnaruwa area.He had confessed that contemporary singer Janaka Wickremasinghe had lived two doors next to his dwelling had similar interests in signing, he too had imitated what Kumarasiri did, as a drummer.

Kumarasiri Pathirana had been educated at Polonnaruwa Thopa Maha Vidyalaya.From his tender age he has had dreams to become a musician.But the facilities in school had been very meagre with only a tabla and a violin as the only musical instruments for about three hundred students to learn. He had affirmed that as a young kid the opportunity to even a touch a string of a musical instruments was only a dream. Though Kumarasiri was a talented vocalist in school he could not speak in front of the school girls which he hated as he was shivering unable to sing.At one phase he had even thought of giving up singing as he just could not overcome this severe constraint.

This weakness he had chased for years. In the year 1976  his school Polonnaruwa Thopa Maha Vidyalaya had organized a novices talent contest for which he had applied and sung, with that weakness of unable to sing in front of girls still persisting. He had sung a Mahaweli song and thereafter had to sing another song of his choice. As he had only knew the lyrics of the song “Doo Anuradha” of Sangeeth Nipun Sanath Nandasiri he had opted to sing. But unfortunately the student who sang previously to attack the favourite Kumarasiri had sung the same song. Kumarasiri had approached the judge panel and said he is not conversant with lyrics of other Sinhala songs sought permission to sing a ‘Hindi ‘ song. The panel had added that it is alright they are concerned with pitching ,chords, rhythm etc. He had sung the famous son in film Abhiman so popular then ”Pere Mere” which had mesmerised the audience had received a nonstop applause. Later he had said he had sung while both legs were shivering and tears dropping. When the winner of the novices talent competition was announced Kuarasiri was adjudicated as the winner, the second had been Janaka Wickremasinghe while the third a member of a band “Super Friends” in Polonnaruwa. This triumph had given him the motivation and inspired him to proceed as a vocalist as he had himself been convinced that he is having flair for music.

During this era a foreigner who had visited the opening of Maduru Oya reservoir opening had presented his guitar to a friend of Kumarasiri having heard him sing a song.The friend had offered to Kumarasiri saying this would be more useful to him which was a blessing in disguise.Unfortunately there was no one to teach him how to play as the guitarist in the band ‘Super Friends’ had point blank refused to teach.But having a music year Kumarasiri had closely scrutinised the finger movements of the guitarist and learnt himself as there was no one in Polonnaruwa even to impart knowledge.

In year 1980 while still studying in the Advanced level class Kumarasiri had joined the band “super friends” as the drummer.But concurrently with the musical year and innate talent Kumarasiri had with the aid of the guitar had practiced many Hindi songs which he was his dominant vicinity.The idea had come to Kumarasiri to have a solo Hindi show to which the jealous band unit had declined to back. Then Kumarasiri had contacted musician Upali Sannasgala of ‘Super Sevens” band in Colombo to do the music. As it was practically difficult for Kumarasiri to travel to Colombo for rehearsals he had communicated with the band furnishing the names of the Hindi songs he was to sing.Though they were reluctant Kumarasiri had pledged for them to play and that he will sing. At the solo show everything had gone to precision.Kumarasiri had sing all twenty five Hindi songs to accuracy sans any blemish though sung without any rehearsals.

It was then the members of the “Super Sevens” band, Upali Sannasgala and Asoka Peiris had told Kumarasiri there is no future for his talent in Polonnaruwa for him to come to Colombo. During that era only one musical show for a year that of the SEAC Entertainments was held in entire Polonnaruwa region. Kumarasiri had accepted the invitation had gone to Colombo though not a familiar environment for the village brought lad.There he had met all the stalwarts like HR Jothipala, Clerence Wijewardena.Milton Mallawarachchi and a host of other singers which was a huge morale booster to Kumarasiri.During his visits he recollects that he had even slept on the pavements unable to find transport to get back to Polonnaruwa in year 1991 or so. .This sad state Gratien Jayamaha had come to feel had invited him to his one bedroomed dwelling to spend nights.It is said that though Kumarasiri had agreed to sleep on the floor but disagreeing to it Gratien had given a small space in his bed to share along with his wife. He also recollects many incidents on sharing Gratien’s meal together. What a gesture by Gratien which needs to be hailed appreciated to be imitated by everyone.

During his visits to the ‘Super Sevens’ Kumarasiri had praised Asoka Peiris for his tremendous support extended .He recollects that he could not find a lyricist as all had refused when they came to know he was from rural Polonnaruwa. This had hurt Kumarasiri who had unanimously decided to do his own lyrics.Thereafter all Kumarasiri’s song he had written lyrics to date nearly four hundred song in addition to the music melodies and compositions. In addition to helping with the activities of the  “Super Sevens” band his debut songs were recorded which was a huge morale booster for him. His first cassette which included twelve songs were recorded during this era. It is confessed that twelve songs had diverse themes mostly related to his family life.It had been said that Kumarasiri is very attached to his family wife , daughter and three sons.It has been revealed by only Sathmani at a television interview she is lucky to have been born to her parents who are the most united couple she had ever seen had never witnessed  any small argument even. Having come to settle in Ragama area owing to his music commitments had confessed that the family of six is a cohesive unit , very devoted as all relatives are far away in Polonnaruwa area.It is further evidenced when Kumarasiri had added that the small son stays even until 4 PM to have lunch until Kumarasiri returns.

It is pertinent to mention that Kumarasiri had groomed daughter Sathmani in her singing career which has already bloomed.To date she had sung in over forty outdoor and indoor concerts and recorded about six on her own songs.She is also assisted by her elder brother who owns a studio where recording are possible. Sathmani had affirmed that her Father had been her ‘Guru’ while her elder brother also corrects her mistakes from whom it is difficult to get a good comment. One of her popular songs among six already recorded are in the You Tube  is “Obata Man Adare” to the lyrics and music composition of Kumarasiri. It is said that all in the family could sing well perhaps inherited with hereditary affiliations from father. Another principle of Kumarasiri is not to allow Sathmani to participate in the popular reality competitions so as to give opportunities to the novices as she is very much of an accomplished singer.She showed her prowess when she sang six songs of father as duets when invited to “Leya saha Laya” program of TV Derana in September 2019 which  fascinated the presenter, Jayantha Chandrasiri.

As the demand for his band music diminished Kumarasiri as others commenced his own business. He had two shops in Ragama area one a book shop and the other a gift shop. However during this era tragedy struck the family when Kumarasiri was diagnosed with Rheumatic Arthritis which is a debilitating disease causing joints and muscles to be inflamed, resulting in a multitude of symptoms

Which is called “ old age pain”.The whole body aches to unprecedented elevations cannot do any work even to feed self-causing bone erosion and joint deformity.For this treatment was needed, In order to keep the home fires burning his wife Chandra Amerasinghe had decided to look after the work in the two shops from early morning to six in the evening. She in addition had to cook ,feed the two children the elder son and daughter Sathmani and  Kumarasiri who could not even lift his hand.It is said she used to come for lunch to feed them and go back to work in the shops.This hectic exercise she had accomplished though a very tiring. Kumarasiri had added that she even had not known about the geography of Colombo as this period not long after coming to reside in Colombo. Kumarasiri had affirmed that even to answer a toilet need his wife Chandra had to carry him.It was added that she was thin compared to him who was fat then, she used to carry him on her back as loading a bag of flour by the’Nattamis’.It is reported that the Kumarasiri family had suffered for almost seven years in the same momentum until he recovered. Many had predicted Kumarasiri to die soon but the courageous wife Chandra had quipped she will not allow to die.

As many know all the songs of Kumarasiri recorded amounting to nearly four hundred he had written the lyrics and also the music melodies and compositions. He is the only vocalist in Sri Lanka or internationally perhaps who had achieved this remarkable achievement need to be highly hailed and applauded.

Kumarasiri Pathirana apart from his first solo Hindi song recital in Polonnaruwa is a very popular vocalist in many indoor and outdoor musical shows.He had performed a number of solo concerts in various parts of the country to packed audiences.The mega music extravaganza which was planned by him and Athula Sri Gamage long before the Covid-19 pandemonium named “90 ‘s SUPER 10’ to the music of Ivor de Mel a renowned bass guitarist with his band “SANWE” since 1990, would get off the blocks with stars of the decade of 1990 and 2000 at the NYSC auditorium on the 05th March.The U Dance Troupes of Nirosha Thalagala would add the needed glamour and spice to the show which is promised to be one of the best ever musical extravaganzas ever to be staged.

All would wish Kumarasiri Pathirana for all his future endeavours to continue his musical journey more differently as he always does sans monotony and boredom.

The 6 WARNING Signs of Dementia